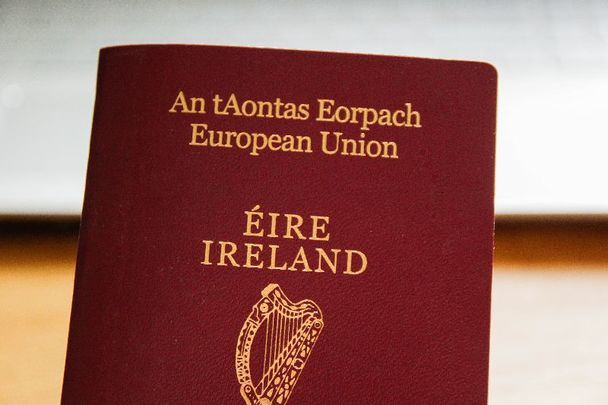 There had been multiple record months for Irish passport applications during 2022. Getty Images

Ireland's Department of Foreign Affairs is dealing with a backlog of more than 30,000 foreign passport applications, with many coming from British citizens seeking to obtain an Irish passport following the Brexit vote in 2016.

In a letter to the Department of Public Expenditure requesting additional funding before October's budget, Department of Foreign Affairs secretary-general Joe Hackett said there had been multiple record months for applications during 2022.

The letter, which has been seen by the Irish Examiner, states that the department dealt with customer service issues due to staff shortages over the past 12 months.

"As you are aware, we encountered some customer service issues, particularly in relation to our call center. This was primarily due to the challenges in the recruitment of staff. I am pleased that these issues have now been resolved," Hackett wrote.

He requested €15 million in additional funding to help prevent future backlogs and to pay for a passport reform program.

He said the funding would also be used to help clear a 30,000-long backlog of "complex foreign birth registration applications".

Hackett said the majority of these applications were from British citizens seeking Irish passports since the Brexit vote and said the department needs to hire experienced passport staff to deal with the build-up of applications.

He also said the department was seeking to create a "faster, more responsive service" for those applying for Irish passports.

The average turnaround time increases to eight weeks when the process is completed via Post Passport from An Post, the paper-based passport service.

Meanwhile, more than 3,300 people are to be conferred with Irish citizenship at a ceremony in Killarney, Co Kerry on Monday and Tuesday.

People from over 130 different countries will receive Irish citizenship during four separate ceremonies over the next two days.

The UK is the top nationality at the citizenship ceremonies, with 375 UK nationals set to receive Irish citizenship.

UK nationals have regularly placed among the lead nationalities to receive Irish citizenship since the UK voted to leave the European Union in 2016.

More than 155,000 people have been conferred with Irish citizenship in the last 11 years when large-scale citizenship ceremonies replaced the former means of conferring citizenship at ordinary District Court sittings.