A plan to design Irish cities with everything close to inhabitants' homes has been "very well received". 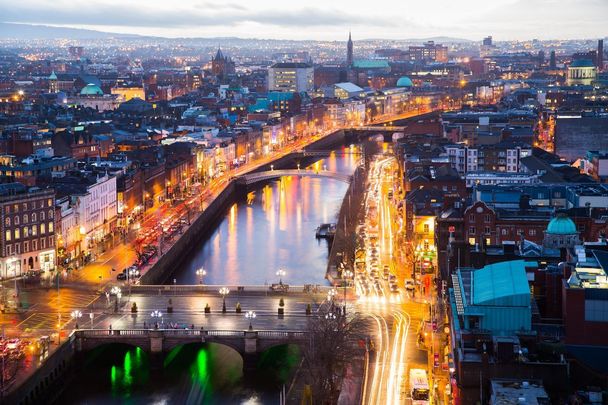 "Close to Home: Exploring 15-Minute Urban Living in Ireland," modeled on how Paris is structured, would mean less use of cars and "compact and high-density neighborhoods."

The report "Close to Home: Exploring 15-Minute Urban Living in Ireland" was written by Camilla Siggaard Andersen who believes having everything within walking distance could transform the lives of the people of Dublin, Cork, Galway, Waterford, and Limerick.

The idea is to have less use for cars and less urban sprawl. The 15-minute city is seen as a way to a more sustainable way of life. It means a more considered approach to housing near schools, childcare, and health services while transitioning to a climate-resilient society.

Irish Institutional Property CEO Pat Farrell told the Irish Mirror the report “has been widely shared with policymakers and stakeholders and been generally very well received”.

He added “the report is aligned with the government’s “compact growth strategy as set out in Ireland’s National Development Plan”.

The report is described as the government’s “most climate-action focused blueprint for public expenditure” to date.

The Irish government wants to “secure the sustainable growth of more compact urban and rural settlements supported by jobs, houses, services and amenities, rather than continued sprawl and unplanned, uneconomic growth”.

It's the official release day of "Close to Home: Exploring 15-Minute Urban Living in Ireland". The report investigates the idea of 15-minute cities with an in-depth view on Ireland, sharing insights and ideas that are relevant everywhere. With @niamhmcherry and @IIP12765501 pic.twitter.com/DBl4iAA0QU

The 15 Minute City is an ambitious urban planning concept focusing on community planning, the local economy, and the liveability of a city. Creating a 15 Minute City is about designing walkable communities in which people can live and access most of their daily needs within 15 minutes of active transport, i.e. walking or cycling. These places should have diverse housing options and access to: safe cycle routes and local public transport, local health facilities, parks, shops, and other local infrastructure.

The core of this concept is a mixed development, integrating as many uses as possible within the same space. This in many ways counteracts the past century of planning which has focused on separating residential areas from those for retail, employment, manufacturing, and entertainment. This traditional way of planning has been a key driver behind modern planning problems, such as urban sprawl and car-dependent communities. The concept of ‘hyper-proximity’ – of creating spaces and enhancing both their liveability and sustainability – is now being seen in many ambitious planning projects across the world: Melbourne’s ‘20 minute neighborhoods’, Barcelona’s ‘Superblocks’, East London’s ‘Every One, Every Day’, and of course Paris’s ‘15 Minute City’.