Darcy Gearoid McMenamin, convicted of participating in the 1993 IRA bombing of a Northern Irish police station, has been deported from Boston back to Ireland. 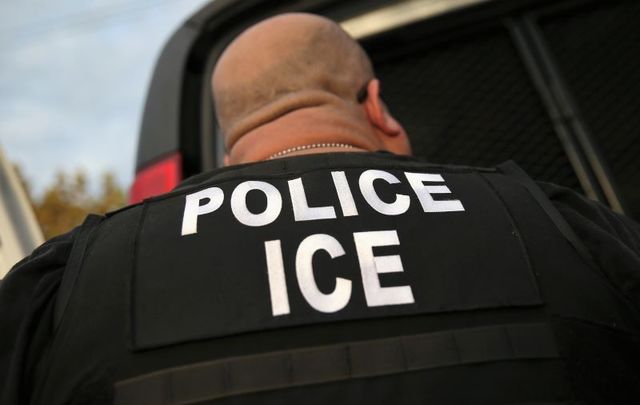 Darcy Gearoid McMenamin, a County Tyrone native convicted of bombing a police station in 1993, has been deported from the United States despite his requests to remain there.

McMenamin was arrested in Boston in November of last year. A native of Tattyreagh, Co Tyrone and a member of the Irish Republican Army, McMenamin was convicted of participation in the 1993 bombing of a police station in Northern Ireland.

In a statement issued on July 23, ICE said that McMenamin was removed after an immigration judge in Boston denied his request to remain in the US, made on June 3.

According to ICE, "McMenamin has a history of terrorism-related crime in Ireland, to include a conviction for participation in the bombing of a Royal Ulster Constabulary (RUC) police station near Omagh, County Tyrone, Northern Ireland, in 1993, for which he received a sentence of eight years in prison in Northern Ireland."

Todd M. Lyons, field office director for ERO Boston, said: “There is no safe haven in the U.S. for foreign nationals convicted of terrorist activities. ERO Boston officers still continue their duties even during these trying times.

"Those who believe they can hide in the U.S. from their crimes including terrorist activities they committed in other countries are in for a rude awakening. ICE remains committed to removing dangerous foreign nationals from the U.S., even those who may have managed to evade immigration law for a lengthy period of time."

The ICE statement added: "McMenamin entered and departed the U.S. via the visa waiver program multiple times between 2000 and 2007, but never disclosed his criminal history on his arrival and departure record as required. In 2007, U.S. Customs and Border Protection provided McMenamin port-authorized parole into the U.S. for a few days for the birth of his child, but he never departed in violation of U.S. immigration law.

"ICE is focused on removing public safety threats, such as convicted criminal aliens and gang members, as well as individuals who have violated our nation’s immigration laws and those convicted of terrorist activities, including those who illegally re-entered the country after being removed and immigration fugitives ordered removed by federal immigration judges."

The Irish News previously reported that McMenamin was 18 when he was accused of co-planting a bomb in the vacant Fintona police station in Co Tyrone in 1993. Two passersby were "slightly injured" as a result of the explosion. The incident marked the end of the IRA's annual Christmas period truce. The following year, the IRA announced a ceasefire.

McMenamin was sentenced to 16 years for his role in the bombing but was freed from the Maze in 1998 as part of the Good Friday Agreement early prisoner releases.