Indigenous groups and the Canadian Government made the appeal days after the bodies of 215 indigenous children were found on the grounds of a former residential school in British Columbia. 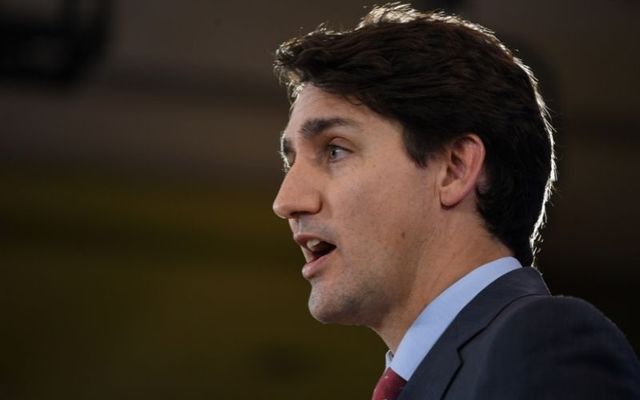 Canadian Prime Minister Justin Trudeau has previously asked Pope Francis to apologize over the church's involvement in the schools. Getty

The Canadian Government has called on Pope Francis to issue a formal apology to apologize for the Catholic Church's role in Canada's residential school system, which forcibly removed indigenous children from their homes and forced them to convert to Christianity and assimilate into Canadian society.

Justin Trudeau's Government made the appeal days after the remains of 215 children were found on the grounds of the former Kamloops Indian Residential School in British Columbia. The bodies were found with the help of ground-penetrating radar in May and have yet to be excavated.

The Kamloops Indian Residential School was the largest residential school in Canada and was operated by the Catholic Church between 1890 and 1969.

The Catholic Church ran nearly three-quarters of Canada's 130 residential schools, which forced indigenous children to convert to Christianity and forbid them from speaking in their native languages.

More than 150,000 indigenous children were required to attend the 130 state-funded Christian residential schools between the 19th century and the 1970s, with many claiming that they were beaten and verbally abused.

More than 6,000 children are believed to have died while attending the schools.

In 2008, the Canadian Government apologized in parliament and admitted that physical and sexual abuse was rampant in the schools. Students were reportedly beaten for speaking their native languages, while many lost contact with their parents and families.

The Canadian Government established the Truth and Reconciliation Commission - similar to Ireland's Mother and Baby Homes Commission of Investigation - as part of the apology.

The Commission made 94 recommendations and demanded a papal apology for the Catholic Church's role in the schools, while Trudeau asked Pope Francis to consider such a gesture during a state visit to the Vatican in 2017.

However, the Canadian Conference of Catholic Bishops said in 2018 that the Pope could not personally apologize for the church's role in residential schools.

Indigenous communities across Canada are now demanding an apology from Pope Francis following the discovery of the 215 bodies at the former Kamloops Indian Residential School.

Pamela Palmater, a professor and the chair in Indigenous governance at Ryerson University, told Global News that it was a "disgrace" that the church had not apologized for its role in the schools.

"It seems to run counter to any kind of religious philosophy of any background, that you would not accept responsibility for something you are responsible for," Palmater told Global News.

"My creator is asking their god why their disciples would do this to us. The Pope must answer this question. There is no more denying it, now there is physical evidence from these unmarked graves," said IRSSS co-chair Rick Alex.

Meanwhile, the Truth and Reconciliation Commission noted how Anglican, United, Methodist, and Presbyterian churches had all apologized for their roles in state-funded residential schools and that the Catholic Church was the only denomination yet to apologize for the residential schools.

Indigenous Relations Minister Carolyn Bennett said that an apology from Pope Francis would help victims of the residential school system.

"They want to hear the pope apologize," she told the Guardian.

Pope Francis has apologized for injustices suffered by indigenous people in the past but also stopped short of apologizing to Irish victims of church abuse during a state visit to Ireland in 2018. The Pope instead asked for forgiveness from the victims of sexual abuse, mother and baby homes, and forced or coerced adoptions.

"We ask forgiveness for the abuses in Ireland, abuses of power, of conscience, and sexual abuses perpetrated by members with roles of responsibility in the church," the Pope said at a mass in the Phoenix Park in August 2018.

"We ask pardon for all the abuses committed in various types of institutions run by males or female religious and by other members of the church, and we ask for forgiveness for those cases of manual work that so many young women and men were subjected to."