Hurricane Gert to batter Ireland with high winds and rain 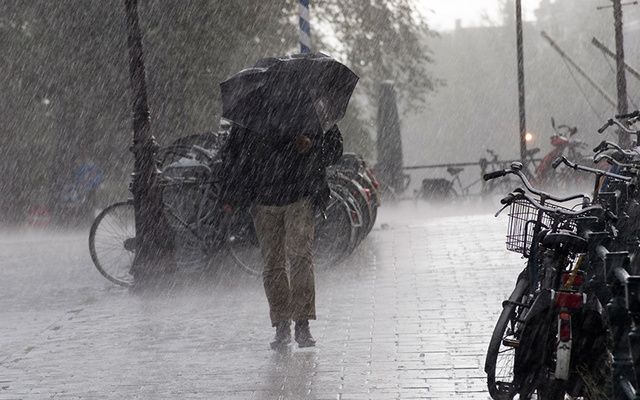 Hurricane Gert raining down on Ireland this week. iStock

Hurricane Ger makes for unpleasant weather in Ireland this weekend.

We’d warn you to get your umbrellas at the ready but it looks like Hurricane Gert would just blow them away anyway. The storm is set hit Ireland by this Sunday, unleashing torrents of rain and heavy winds on the country before continuing on its path to the UK. A rain warning has been announced for the west of Ireland, following on from heavy rain over the past few days, in a particularly wet and windy August, even by Irish standards.

Warnings are in place for the counties of Donegal, Galway, Leitrim, Mayo, and Sligo with between 30 and 40 mm of rain (more than a half inch of rain) expected to fall between Thursday and Friday evening, and flooding expected in places. And that’s before Hurricane Gert even hits!

Hurricane Gert will track across the Atlantic reaching the Emerald Isle at some point near the end of the weekend running into the start of next week. The storm’s path is currently bringing is parallel to the US, having made its way up from the Caribbean, and traveling up toward Canada before making its way to Ireland. It did not make land in the US and even in Ireland, it is not sure for certain that it will have too much of a bite by the time it makes the full journey to Europe.

Met Éireann (the Irish weather service) forecaster Deirdre Lowe has said that Hurricane Gert should mean strong winds for the west coast from Sunday onwards but let's hope he runs out of breath by then.

August 2017 has been a horrid one for Irish weather with 40 mm failing in Dublin alone last Monday, more than half the average for the whole month in the capital city.

The bad weather hasn’t put off any travelers though, with Dublin airport welcoming over three million visitors for the first time ever in one month last July.