Professor Martin Curley resigned as head of digital transformation at the HSE, saying that Ireland’s healthcare system ranked 80th in the world, far below where it should be. 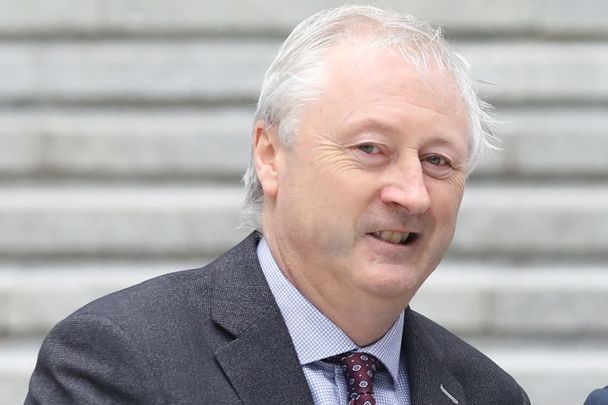 Professor Martin Curley, the head of digital transformation of Ireland's crisis-hit Health Service Executive (HSE), has resigned and said he was “horrified” by the overcrowding in Irish hospitals in recent weeks.

Professor Curley said there were technologies available to ease this, but there must be a “concerted effort to scale them” across the health service.

Asked by RTÉ whether the HSE is fit for purpose, Curley said, “I’ll be very honest, no it’s not.”

He said that working with the HSE has been “difficult and the system has been very slow to respond.”

Curley said Ireland’s healthcare system is ranked 80th in the world, far below where it should be.

He added, “What I have been seeing is the clinicians pulling for change but the resistance is coming from administrators that do not have clinical backgrounds.

“Collectively, I don’t think the HSE has the skill to do it, but more importantly it doesn’t have the will...we’re in need of some really serious leadership…it’s going to take enormous fortitude.”

Curley announced his resignation as the HSE’s head of digital transformation and open innovation on LinkedIn. He used a battle to overcome mountain ascents to illustrate his message.

He wrote, “We have called off this particular ascent on Everest. Bad weather prognosis and supply chain and funding blockages. We could still succeed but there would be too many casualties, including me.

"Therefore as part of a well thought out, broader and evolving plan I resigned yesterday with immediate effect from the Health Service Executive.

"We have found a more promising alternative route, with a much more well situated and welcoming base camp. We have a great group of climbers and committed expedition sponsors and a great supply chain. We can move fast and be mobile. Success is not guaranteed but we are optimistic."

Curley was serving as digital transformation head at the time of the cyberattack in May 2021, suspected of being operated from Russia, which crippled much of the healthcare system in Ireland for many weeks and cost the Irish taxpayer more than €100 million to remedy.

It’s estimated up to €650 million more will be spent in coming years to upgrade the HSE’s IT systems to safeguard against repeat attacks.

In a brief statement, the HSE confirmed it had “received a resignation letter from Martin Curley.” The HSE added, “We don’t discuss employee matters and so have nothing to add.”