Facing a 12-hour car journey to Newcastle for a crucial transplant appointment, Isabel Terry was offered a private plane by an anonymous good samaritan. 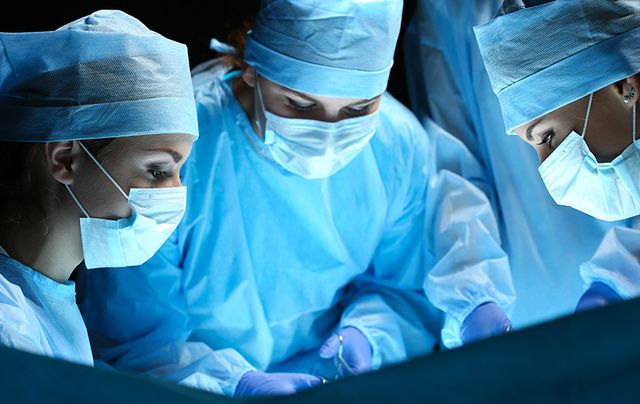 After 14 years on the heart transplant waiting list, Isabel Terry was flown to the UK for a crucial appointment by a kind benefactor. iStock

Fearing she’d be taken off the heart transplant list, Isabel Terry will now fly in style to her transplant surgery appointment.

A desperately ill woman from Co. Cork has been saved from a grueling 12-hour car journey by a big-hearted gesture from an Irish benefactor who offered a private plane to fly her to her heart and lung transplant appointment in Newcastle, England.

Isabel Terry, 42, is on the waiting list for a desperately needed double lung and heart transplant in the UK but the Irish Health Service Execute failed to provide her with an air ambulance to transport her to a vital appointment. Terry has been unable to fly on a scheduled flight in some years as her condition, pulmonary atresia, requires her to remain on oxygen 24 hours a day. Despite several pleas made by herself and the team in Newcastle for the HSE to provide alternative transport, Terry was facing a 12-hour journey by car and ferry to make her appointment next week.

“I would have needed to bring six liters of oxygen and I can’t fly on a regular airline with six liters. It’s classed as liquid and you can’t bring much liquid on a flight,” the Bishopstown native told a Cork radio station.

“I was talking to Newcastle (hospital) and every second day I’d ring and they’d heard nothing back and I suggested about a month or so ago about getting a ferry and they said ‘absolutely no, it’s far too long for you to do that’.

“Newcastle were on to me about two weeks ago saying they were getting nowhere with the HSE and ‘so sorry we think you’re going to have to make that trip on the ferry... we need to see you, it’s been three years’.”

While concerned about the effects the long journey would have on her health and whether that would affect her chances of a transplant, Terry received a surprise call from a good samaritan who offered to fly her to the UK in a massively kind and big-hearted gesture. Having waited on the heart transplant list for 14 years already, the offer could even be life-saving as it places the 42-year-old one step closer to finally undergoing surgery.

“Then the other day I got a call, someone offered me a private plane. They want to stay anonymous which you understand and I’m going to Newcastle Monday evening,” she continued.

“I’ve been deteriorating in the last two years and the Newcastle team hadn’t seen me so it’s very important for me to see them.

“I don’t know, hand on my heart, on Thursday will I come out of the hospital and be told ‘we have to take you off the list you’re not well enough to the operation’.

“When you’re waiting for a transplant you need to be well enough to have it. If you are too sick they won’t do it because it could potentially... if they think you won’t make it through... not being mean or anything, it’s wasting a heart.”

And this wasn’t the first time that Terry has been helped out in her efforts to get to the UK. Due to her condition, the Cork woman does not travel outside of Ireland regularly and so was dismayed when she discovered her passport was out of date when she heard about her appointment. She was full of praise for the Gradaí and the Cork passport office, however, for helping her to renew the travel document in a matter of hours so she was able to travel.