Irishman’s amazing tale of paying it forward and redemption

Newly released from prison and stranded in Belgium, Shane O’Neill turned his life around with a lesson from a good samaritan. 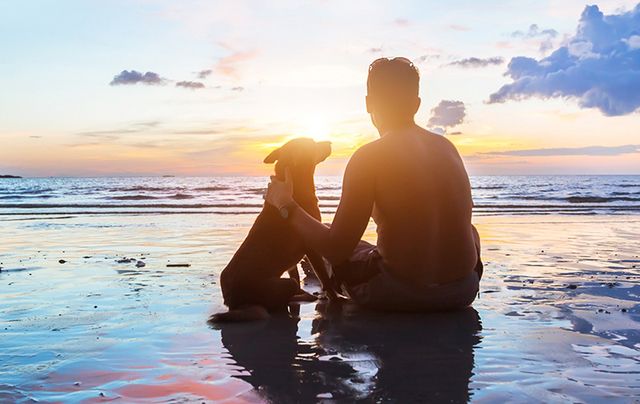 A good samaritan helped Shane O'Neill to turn his life around. iStock

Irishman discovers the true meaning of a good samaritan while at his lowest point stranded in Belgium.

Irishman Shane O’Neill was in prison for the second time in Belgium, following a stint behind bars in Ireland, when he found out that his own mother no longer wanted anything to do with him and it was at this point, that he knew he had to turn his life around. Caught up in the drug scene from an early age, he had suffered from addiction and served time for both burglary and drug offenses before he reached this epiphany.

“It really made me think, ‘What are you doing with your life Shane – here you are in Belgium, locked up again,'” he told Liftable.

The Irishman finds himself abandoned and alone in a foreign country

Determined to turn his life around, he found himself in yet another dark situation five months later when on finally being released from prison, having made use of counseling and rehabilitation services whilst inside, he realised that he was stranded in Belgium with no money to pay for somewhere to stay, and no money to pay for his travel home.

Thankfully, there was an Irish embassy located in Brussels where he decided to ask for help but on arriving at the front door, he was struck by more bad luck to discover it was closed for the weekend, leaving him begging for money with no place to sleep for the first two days of his newly-found freedom.

The first weekend of the rest of his new life may have been a tough one, but the embassy proved to be more than worth the wait, as striking up a conversation with another Irishman while there, he was the recipient of an incredible act of charity that finally allowed him to put his old life behind him.

O'Neill meets with the very meaning of a good samaritan

Sparking up a conversation with Charlie Kirwan, he explained that he was concerned about being judged at home for being fresh out of prison.

“We got into a conversation and he said, ‘Do you want me to book you a flight home tonight?'” O’Neill recalled. “I said, ‘You’d hardly do that for me?'”

Kirwan did more than that, buying O’Neill’s flight home and also buying him a full Irish breakfast to set him properly on his way to freedom.

“He was the first fellow that ever put his hand out to help me,” O’Neill said of the good samaritan and his remarkable gesture.

And did Kirwan ask for anything in return? Only that O’Neill pay the kindness forward! On landing in Dublin, Kirwan stated that he didn’t need to be repaid, despite O’Neill protestations, and the former convict has since gone on to completely change his lifestyle, working full time and staying completely drug-free.

“Now that I’m clear of drugs and cigarettes and everything my head is now clear. Positive thinking and I’m after turning my life around I reckon,” O’Neill continues, crediting his family as well as Kirwan’s help for his drastic new path.

Has anyone ever treated you to an amazing act of kindness? Let us know about it in the comments section.