A map of what Ireland could look like under a doomsday climate scenario will terrify you. 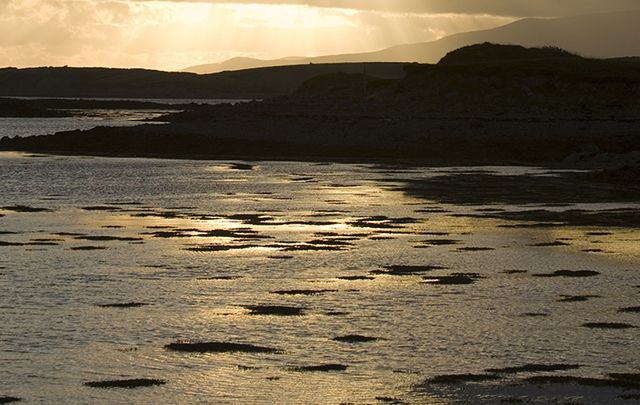 A map depicting Ireland and Britain in the year 2100 predicts the two nations will be half submerged by rising sea levels.

The three-year-old image illustrates the doomsday scenario for Ireland and it makes for uncomfortable viewing. More than half of the Emerald Isle is completely submerged. Connacht is by far the worst affected of any of the provinces.

Created by Slovakian graphic artist Jason Simons, who specializes in detailed maps of the world and is previously known for his “World Map of the Internet.” the map of Ireland and Britain is the artist’s first regional map in his new “World In 2100 Series.”

"After global warming and rising of sea level sharply escalated, sea level is now 100 meters higher than it was in [the] year 2000," Simons writes of the project.

The map does not link into a scientific survey but a number of pessimistic reports recently have predicted Ireland would be hard hit by climate change.

Roscommon is almost entirely gone, as is most of Galway and Mayo. The entire city of Dublin has also sunk into the Irish Sea – although its next door neighbor Wicklow seems remarkably untouched.

Up in Ulster, much of Antrim and Down is gone, although Northern Ireland’s capital, Belfast, escapes.

Munster looks like the best placed to survive. Although parts of the famous Ring of Kerry are underwater, the rest of it looks almost untouched by comparison.

If sea levels continue to rise, by 2100 all of the red parts of Ireland & UK will be completely under water.... pic.twitter.com/cfi7kgAbqM

Read more: Doomsday by 2100 for West of Ireland if climate change continues

In Great Britain, Wales – which is quite mountainous – looks relatively untouched, as does most of Scotland. The east of England, however, is mostly flat and looks set not to survive.

Such doomsday scenarios have been predicted before. Only last month an article in Earth’s Future outlined the future for Ireland’s west coast as one pounded by severe and frequent storms that would leave Connacht pretty much uninhabitable.

“Unless we take different protection measures, 5m people [in Europe] will be exposed to coastal flooding on an annual basis,” coastal oceanographer and the report’s primary author Michalis Vousdoukas warned.

Read more: What will happen to Ireland when the ice caps melt