The body of Gideon McKean, 8, was discovered on April 8 after he and his mother, Maeve Kennedy Townsend McKean, disappeared while canoeing on Chesapeake Bay on April 2. 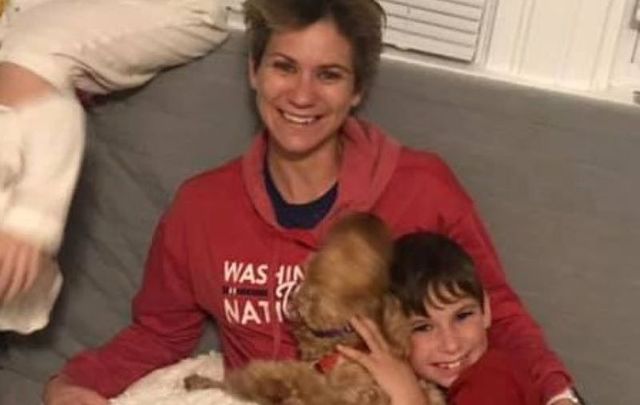 The body of Gideon McKean was discovered on Wednesday, April 8, two days after the body of his mother, Maeve Kennedy Townsend McKean, was discovered. The two disappeared while canoeing in Chesapeake Bay on April 2.

The Maryland Natural Resources Police announced on April 8 that Gideon's body was recovered in 25 feet of water about two miles south of Shady Side, Maryland. The 8-year-old’s body was discovered about 2,000 feet from where the body of his mother was discovered on April 6.

At the time of the tragic incident, the McKean family had been quarantining in Shady Side at a house that belongs to Maeve’s mother, Kathleen Kennedy Townsend, the former Lieutenant Governor of Maryland and daughter to the late Senator Robert F. Kennedy.

On April 2, Maeve and Gideon boarded a canoe at the house’s waterfront to fetch a ball that a child had kicked into the water. They disappeared and were presumed dead on April 4.

On April 8, Kathleen Kennedy Townsend issued this statement: "On behalf of our family, I want to share our heartfelt gratitude to Governor Hogan, Secretary Jeannie Haddaway-Riccio, and the team of more than 50 professionals from the Department of Natural Resources, Anne Arundel, Charles County, and the State Police, who spent these last days searching for our fierce and loving Maeve and Gideon. They have helped us bring some closure to this terrible loss, and our family will always be grateful for their tireless work."

Kerry Kennedy, Maeve’s aunt, shared on Instagram a quote from the Irish poet John O'Donohue the same day that Gideon's body was discovered:

You would want us to find you in presence beside us when beauty brightens, when kindness glows and music echoes eternal tones. When orchids brighten the earth, darkest winter has turned to spring; may this dark grief flower with hope in every heart that loves you. May you continue to inspire us: to enter each day with a generous heart. To serve the call of courage and love until we see your beautiful face again in that land where there is no more separation, where all tears will be wiped from our mind, and where we will never lose you again. --John O'Donohue