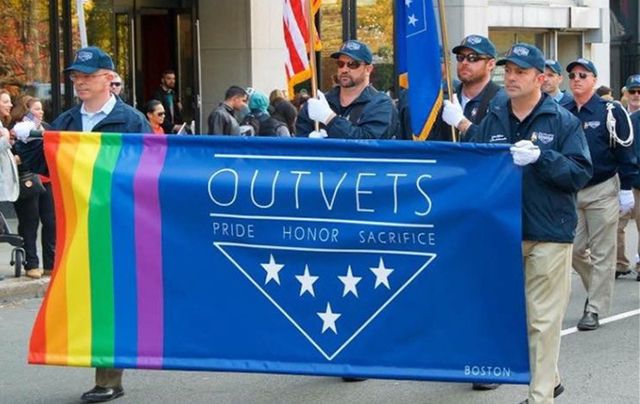 Going against the earlier decision of the South Boston Allied War Council, which is in charge of the 116-year-old parade, the parade’s organizer Tim Duross made the decision on Friday to issue a permit to OutVets, which represents gay, lesbian, bisexual and transgender former service men and women.

"I made a bit of a rogue decision but it's one that's going to stand, at least for this year," Duross told the Boston Herald. "I had the opportunity to right this wrong. I could be fired after this but right now I was the guy able to make a decision."

After two decades of heated debate following the 1995 US Supreme Court ruling that Boston parade organizers had the right to exclude gay groups from marching, OutVets became the first LGBT group to march in the parade in 2015, and were invited back again in 2016.

Jubilant as OutVets members were to be marching in their city’s parade, there was still some tension, as they were placed far back in the parade line-up, distant from other veterans groups marching, and the conservatively Catholic parade organizers were said to be angered by the pride flags included among their symbols of Irish pride.

When it emerged that their application to march in the 2017 parade had been rejected, an array of prominant Bostonians, including Mayor Marty Walsh, called for a boycott of the parade, as sponsors from Stop & Shop to Anheuser-Busch pulled out.

On Friday OutVets told Reuters they were “actively reviewing” their newly issued permit.