50 cases of COVID-19 in Moycullen, County Galway, a village with a population of just 1,700, after GAA win. 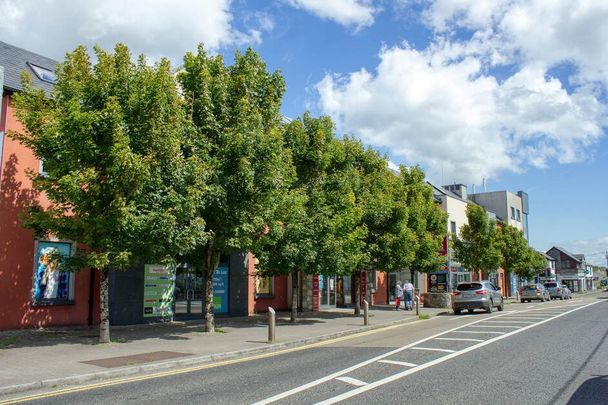 A Galway village has emerged as a hotspot for COVID-19 after a local Gaelic football team and its supporters raucously celebrated winning the Galway county title for the first time in its history.

More than 50 cases of the virus have been confirmed in Moycullen in County Galway since Sunday, Oct. 4, even though the village has a population of just 1,700.

The spike in cases in the small village can be traced back to the celebrations, which appear to be a super-spreader event.

The celebrations came after Moycullen beat Mountbellew-Moylough in the Galway Senior Football Championship final; the first time that a team from Moycullen has won Galway football's top prize.

The famous win sparked wild celebrations in Moycullen. Footage obtained by the Irish MIrror showed players and supporters alike celebrating the win in a local pub, drinking and chanting in the packed bar.

County Galway was under Level 2 restrictions at the time of the celebrations, which allowed for pubs and restaurants to remains open as long as they observed social distancing and other health regulations.

However, there appeared to be no social distancing in the Mirror's footage, while no one seemed to be wearing a face covering.

2 weeks ago this happened in every single county. I'll go mad if I hear one more GAA lad say "letting games go ahead will give us all a much needed boost". Dya know what would be a much needed boost? Being able to visit our parents this Xmas #moycullen pic.twitter.com/dHtjg7LTPe

The celebrations were widely condemned on social media and Moycullen players were forced to withdraw from the Galway senior football squad ahead of its rescheduled National League campaign after several players tested positive for the virus.

The club confirmed this week that a number of players had tested positive for the virus, but Local Green Party Councilor Alastair McKinstry told RTÉ's Drivetime that the infections went far beyond the players.

"I’ve heard numbers of up to 50 or so were infected,” he told Drivetime.

“It almost certainly has gone beyond the GAA players, there’s fear within the school in particular cases," McKinstry said.