Researchers at the NUI Galway have discovered a coral in the Atlantic Ocean which contains a potential drug chemical that could act against the Covid-19 virus. 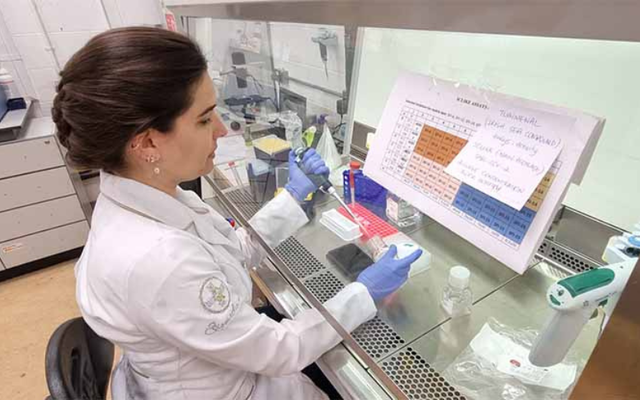 Scientists at the National University of Ireland Galway have uncovered a possible wonder drug in a coral found in the Atlantic Ocean that could fight against Covid.

Researchers at the NUI Galway have discovered a coral off the coast of Ireland that contains a potential drug chemical compound that acts against the virus responsible for Covid-19.

The cauliflower coral, named due to its color, shape, and structure, was found on the seabed about half a mile below the surface on the edge of Ireland’s continental shelf and contains a previously unknown chemical compound.

"Nature never ceases to amaze - to think that a coral, which spends its life on the sea bed and is never exposed to viruses and diseases which affect humanity so profoundly, has the potential to influence treatments and therapies.” - @DrShmoo pic.twitter.com/krBOjZQGfw

Professor Louise Allcock, Professor of Zoology at NUI Galway, said: “While we did not set out to find this specific species, we were hunting for corals, especially soft corals, because of their potential in bio-discovery.

"Nature never ceases to amaze - to think that a coral, which spends its life on the sea bed and is never exposed to viruses and diseases which affect humanity so profoundly, has the potential to influence treatments and therapies. Drug development is a lengthy process, but the first step is finding the magic compounds with bio-reactivity in the laboratory.”

Professor Allcock is Director of the Ryan Institute’s Centre for Ocean Research & Exploration (COREx) at NUI Galway. As part of a research project funded by Science Foundation Ireland, she deploys the ROV Holland I submarine from RV Celtic Explorer to hunt for deep-sea corals and sponges which may have novel chemical compounds with pharmaceutical potential.

The research into the chemical make-up of the cauliflower coral is being conducted in partnership with South Florida University in the US.

The compound isolated has been named "tuaimenal". The word is a portmanteau - blending "tuaim", alluding to “tuaimneacha” as used in old Irish to describe the sounds of the sea, and “enal”, which is a chemistry term for a compound with an alkene aldehyde functional group.

Tuaimenal A was discovered to block the major enzyme of the Covid-19 virus, known as Main Protease, which is responsible for the manufacture of virus particles inside the infected cell.

Dr. Carolina De Marco Verissimo of the Molecular Parasitology Laboratory at NUI Galway carried out detailed study of the coral-derived Tuaimenal and how it interacts with the Covid-19 enzyme.

She said: “Tuaimenal A represents what we term in science as a ‘lead compound’ – that is, a basic structure from which scientists can produce more potent and specific drugs that could be used for the treatment of Covid-19 and perhaps other viruses.”

The full report has been published and can be viewed here.