GAA criticized after rejecting Mayo's request to use rainbow-colored numbers

GAA referee David Gough described the GAA's decision to refuse Mayo permission to use rainbow-colored numbers in support of the LGBTQ+ community as "abhorrent". 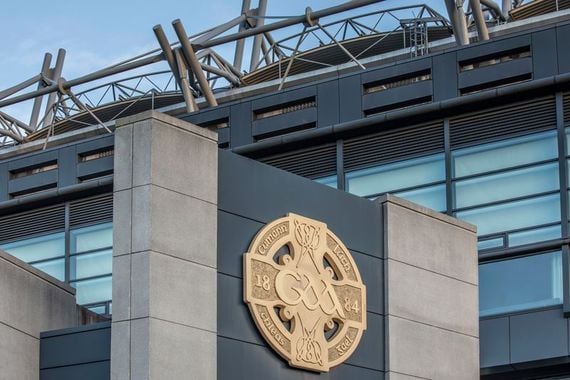 The GAA has rejected a proposal from Mayo to wear rainbow-colored numbers on the back of their jerseys as a sign of support for the LGBTQ+ community.

Mayo sought permission to wear the rainbow-colored numbers for their 2023 National League campaign after being approached by Mindspace Mayo - the county's charity partner.

However, the Irish Independent reports that the GAA rejected the request because it considers playing gear to be "sacrosanct" and something that is not to be interfered with.

The publication reports that the GAA would be open to players wearing rainbow laces or armbands as a sign of support for the LGBTQ+ community.

The GAA allowed Mayo and Tipperary's Gaelic footballers to wear rainbow laces in their All-Ireland semi-final in December 2020.

Referee David Gough, who is the first openly gay match official in the GAA, described the GAA's decision to reject the request as "abhorrent".

Speaking to Saturday with Colm Ó Mongáin on RTÉ Radio 1, Gough said it was an unwise decision to describe GAA jerseys as sacrosanct.

"I've studied Latin and I understand that sacrosanct means most sacred or holy. Now, I suppose what they're trying to say is that the regard to jerseys is too important or too valuable to be interfered with, but to state that your jerseys might be hallowed by sacred right is a bit strange," Gough told Ó Mongáin.

He pointed to a number of incidents in the past where teams have included a message on their jerseys.

"We've had Dublin in the championship playing against Westmeath with Pieta House on their jerseys. We had Cork wearing jerseys in the National League for Mercy Hospital Foundation, we had Carlow wearing something for suicide awareness.

"So precedent had been set beforehand and it's just strange to see that they're singling out the LGBT community."

Gough said the GAA would have been backed by their sponsors if they had accepted Mayo's request and said it would be interesting to see how the sponsors would react to the decision.

He also addressed a GAA statement claiming that rainbow-colored numbers would be hard to make out from a distance.

"I think that's a ridiculous comment to make. We have already seen Ireland and the FAI wearing them in the Aviva at a match of an international sporting governing body against the USA.

"It is not a political movement. It is a community based in human rights movement," Gough added.

The GAA previously rejected Gough's request to wear a rainbow-colored wristband while refereeing a match in Croke Park in the run-up to the same-sex marriage referendum in 2015.

A GAA spokesperson said at the time that the organization was "apolitical", adding that Croke Park was not an appropriate place for a political gesture.

"It’s a black-and-white issue," the spokesperson said at the time. "The association is apolitical. Any member is allowed to have their own political views or opinions outside, but Croke Park is not the place to make political gestures. We have been very consistent on this issue."