Former Taoiseach and Fianna Fáil leader Brian Cowen was admitted into a Dublin hospital on Thursday after becoming seriously ill. 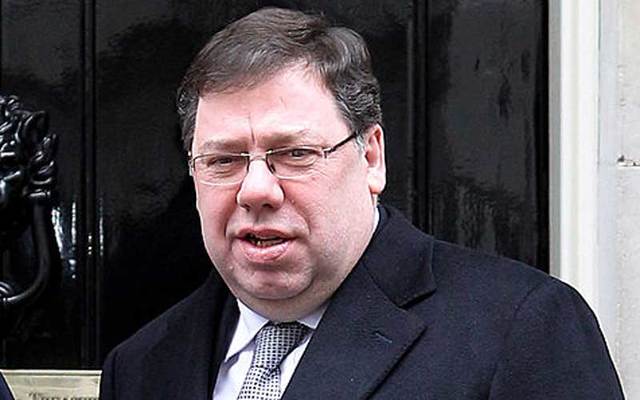 Former Taoiseach Brian Cowen was admitted into a Dublin hospital on Thursday after becoming seriously ill.

TheJournal.ie reports that the 59-year-old former Fianna Fáil leader had been experiencing ill health in recent weeks and is now in intensive care at Beacon Hospital in Dublin.

Read More: Who is Ireland's Prime Minister? Only 26% of people in Great Britain know

According to the Irish Post, the politician reportedly suffered a bleed on the brain, and continues to receive treatment.

Fianna Fáil TD and former minister Willlie O'Dea said: "I've known Brian since he was one of my students in UCD and we were great friends in politics too. I hope he gets well very soon and makes a full recovery.”

"I wish him a very speedy recovery and full recovery and I think it is well known I have great respect for it, what he did during a very difficult time for this country. My thoughts are with him and his family at this difficult time," Ó Cuív said.

Cowen was elected as a TD for Laois/Offaly in 1984 after the death of his father, and served as a TD until his retirement. He was Ireland’s Taoiseach from May 2008 to March 2011.

In May, Cowen was reportedly taken by ambulance to Limerick Regional Hospital after becoming ill at an Oireachtas golf event in Lahinch Golf Club in Clare, according to the Irish Independent.

Taoiseach Varadkar told reporters: “I only heard in the last few hours, so I don’t know any details, but I served in the Dáil with Brian Cowen for a number of years and I really hope if he is unwell, as I hear he is, that he makes a speedy recovery."