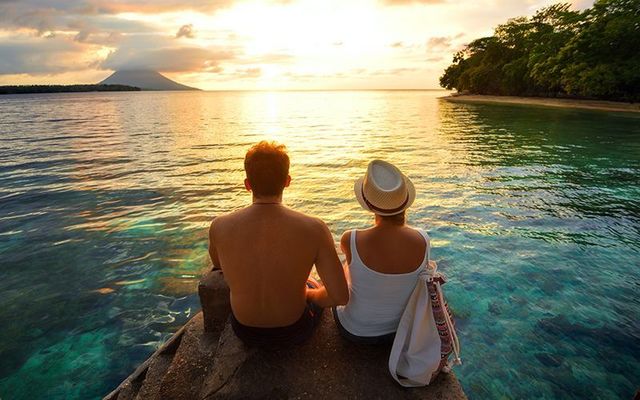 Fancy a change of scene? A new scheme will allow Irish workers to travel to Adelaide, Australia, for just €10 ($10.66). iStock

Trailfinders, in conjunction with South Australian authorities, is offering 200 Irish working holidaymakers flights for €10 to encourage workers to visit the region and contribute to the economy.

This new scheme forms part of a larger plan by the South Australian authorities to bring more working holidaymakers to the area as they suffered without a steady flow of visitors during the pandemic.

"One of the areas that’s probably feeling quite acute pain has been the agricultural sector which would have had a constant supply of backpackers coming through,"
Fidelma McCorry Breen, who runs Adelaide Irish Connect, completed a PhD in Irish migration to Australia, at the University of Adelaide told the Irish Times.

“[Adelaide] was always the poor cousin when it came to migration to Australia because they all want to go to Sydney and Melbourne – the bigger cities.”

She added that there is much that should attract Irish emigrants in Adelaide.

Barry Corr, chief executive of the Irish Australian Chamber of Commerce (IACC) told the Times, “There are pronounced shortages across [much of] the economy… One of the areas that’s probably feeling quite acute pain has been the agricultural sector which would have had a constant supply of backpackers coming through to work in fruit picking and things like that.”

According to BreakingNews, the €10 flight is not the only cost involved. Travelers must also book a Trailfinders Adelaide arrival pack, which provides a brief stay in a “sociable hostel in the center of Adelaide." This costs between €197 and €286 per person, depending on if they stay for three or six nights respectively.

They must also apply for job search assistance, information packs, 12-month membership to “the backpacker list” for job search, and three months access to a work and travel support line. The visa cost €330 for a 12-month stay. Their trip to Australia from Ireland or the UK must take place by Sept 30, 2022.

The scheme evokes the hugely popular “ten-pound poms” programme launched after the Second World War, which saw British migrants pay just £10 (€550 adjusted for inflation today) for the fare to move Down Under. This scheme ended in 1982.

You can apply for the scheme at trailfinders.com.