A chemical engineer in the UK has studied how to make the ultimate cup of tea, and it appears most of us have been doing it wrong. 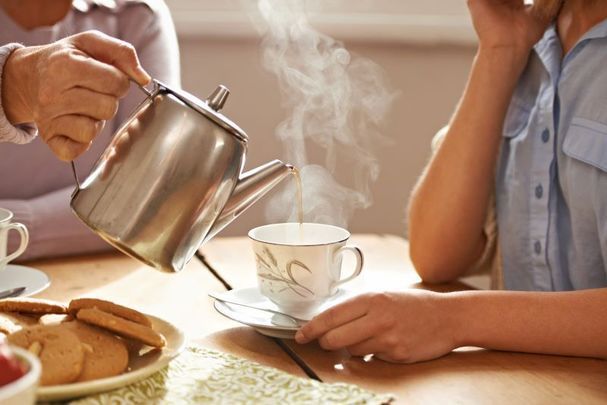 We've been making tea all wrong, says a chemical engineer from the UK.

Dr Andrew Stapley of Loughborough University in the UK has studied how to make the ultimate cup of tea, and it appears most of us have been doing it wrong.

However, according to Dr Stapley, the scientifically correct way to make the perfect cup of tea is to add the milk to the cup before the tea.

While his unconventional method may leave many tea drinkers horrified, he found that if you pour milk into a hot brew, the milk will heat unevenly.  This will alter the natural quality of the milk's proteins (denaturing milk proteins), leaving small white bits floating at the top of your cup and causing the milk to lose its flavor.

Dr Stapley's research also revealed that pouring your milk into the cup before the hot water can help prevent hard water by lowering the mineral content of your water. This will bring back the flavor to an otherwise mediocre brew, reports the Irish Mirror.

Dr Stapley’s research into tea making was partly inspired by George Orwell's essay “A Nice Cup of Tea," first published in the London Evening Standard newspaper in 1946. Since Orwell suggested adding milk after pouring, Dr. Stapley's research would indicate the English author had it scientifically wrong just like the rest of us.

Here is Dr Stapley's scientifically-tested guide for a perfect cup of tea: