The twinning relationship between Fermoy in Co Cork and Nowa Dęba in Poland has been terminated after fourteen years. 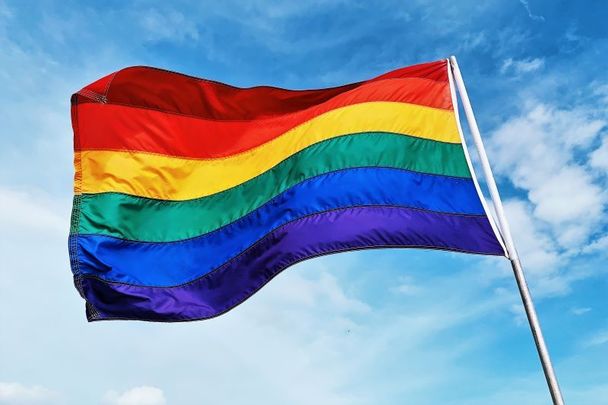 A number of locations in Poland have been designated as "LGBT-Free zones." Getty Images

The Fermoy Twinning Committee in Co Cork has officially terminated its twinning relationship with Nowa Dęba in Poland which has been designated as an “LGBT-Free Zone.”

The Cork East branch of the Irish political party Social Democrats welcomed the decision to terminate the twinning agreement between Fermoy and the town of Nowa Dęba in Poland:

The Cork East branch of the Social Democrats welcome the decision by the Fermoy Twinning Committee to terminate the twinning agreement between Fermoy and the town of Nowa Dęba in Poland which has been designated an “LGBT-Free Zone”. pic.twitter.com/G5XZiW7DQ7

Saoirse Mackin, the chairperson of the Cork East branch of the Social Democrats, welcomed the news in a statement on Monday: “Poland, one of just six European countries to not yet legalise same-sex marriage, designated a number of towns as 'LGBT-free' in early 2019.

"In Ireland, we have seen real progress on social issues in recent years including marriage equality, repeal of the eighth amendment, and the Gender Recognition Bill.

“Therefore, as a society, we are empowered to take a firm stance against the discrimination and erasure of the LGBT+ community.”

Ian O’Ceallaigh, Co-Vice Chair of the branch, added: “Cork East Social Democrats believe that Fermoy’s twinning with Nowa Dęba is clearly untenable and we are glad the Twinning Committee have taken the decision to pursue a termination of the twinning agreement between the two municipalities.”

The practice of twinning towns was first conceived after World War II as a way to foster relationships between places that had been foes throughout the war. More recently, however, the practice has been approached as a way to foster business links and encourage tourism. Dozens of towns across the Republic of Ireland have twin or "sister" cities.

The decision to end the twinning arrangement between Fermoy and Nowa Dęba has been in discussion for months.

In March, Fine Gael Councillor Noel McCarthy, who is a member of the Fermoy Twinning Committee, said: "We must stand up to people like this. You can not do this in 2020 and be seen to be able to get away with it. I want to compliment the Twinning Committee for taking this stance and asking us as councillors with my colleagues that we will take the next step by terminating or suspending our links with Nowa Dęba."

In July, the municipal district council in Fermoy issued a letter to officials in Nowa Dęba saying that they could not support the Polish views on the LGBTQ community. Nowa Dęba was given until September to respond.

McCarthy told The Irish Times in September: “We have nothing against the people of Nowa Dęba, it’s the people that represent them. We have to show a message to them that we are not going to accept discrimination against any community, not just LGBTI.”

The termination of the twinning relationship between Fermoy and Nowa Dęba comes just over a month since Ireland's Minister of State for European Affairs Thomas Byrne said in a string of tweets that he was "extremely concerned at developments in relation to the LGBTI+ community in #Poland."

He added: "I will continue to work both bilaterally and at EU level to promote and protect the rights of LGBTI+ communities across the EU and beyond."

In late September, 50 Ambassadors to Poland, including the Irish Ambassador Emer O’Connell and the Northern Irish Ambassador Anna Clunes, penned an open letter to "express our support for the efforts to raise public awareness of issues affecting the lesbian, gay, bisexual, transgender and intersex (LGBTI) community and other communities in Poland facing similar challenges."

The letter sought to reaffirm the signatories' belief in "the inherent dignity of each individual as expressed in the Universal Declaration of Human Rights."

Following the end of its twinning relationship with Nowa Dęba, Fermoy remains twinned with Ploemeur, Brittany, in France.