When he died more than 20,000 people filed solemnly past his body and 8,000 came to the funeral; now an entire NFL stadium – Ford Field – has been hired for his beatification. 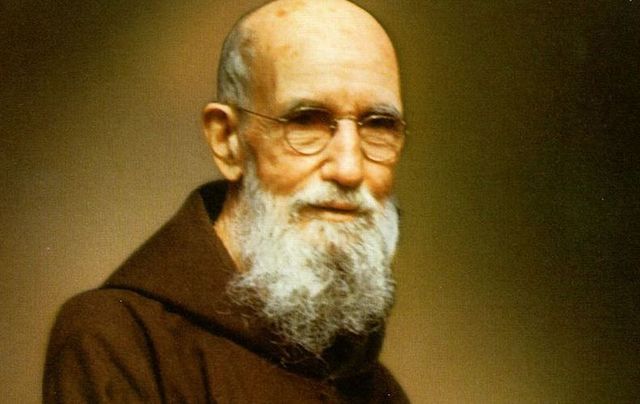 Father Solanus Casey was born the son of Irish immigrants, in Wisconsin, in 1870, and became legendary across the Midwest for ministering to the sick and dying in Detroit. After his death in 1957 the church began to investigate whether any of those he ministered to had been cured miraculously. He was declared ‘venerable’ by Pope John Paul II in 1995.

Now he is also to be beatified, leaving him just one step away from sainthood, but talk of canonization is decades old in Michigan.

"In some ways, he was like Mother Teresa," the Rev. David Preuss told the local Detroit Free Press back in May.

When Father Solanus Casey is beatified Saturday as “Blessed Solanus,” the legendary Detroit Catholic priest will become an even greater inspiration, and rarity. Read @freep https://t.co/cazVJ4fHR5

“The beatification of Father Solanus Casey is an incomparable grace for the Church in the Archdiocese of Detroit and for the whole community of southeast Michigan,” Detroit Archbishop Allen Vigneron told the National Catholic Register.

When he died over 20,000 people filed solemnly past his body and 8,000 came to the funeral. Now an entire NFL stadium – Ford Field – has been hired for his beatification.

Some attendees will even travel from as far away as Florida.

"He was very saintly at the time," said Tom Koza who met Fr Casey as a teenager.

"He just asked me, 'Would you like me to play my violin?' I'm thinking sure, small talk is over. So he played a couple of hymns."

Read more: Irish priest to be set on path to sainthood in Dublin

If you’d like to watch the beatification mass you may do so by tuning into MeTV from 4pm local time this Saturday, November 18, 2017.