Irish priest to be set on path to sainthood in Dublin

Fr John Sullivan, who will be beatified, cured a woman of cancer. Dublin man spent half his life a Protestant, the other half a Catholic. 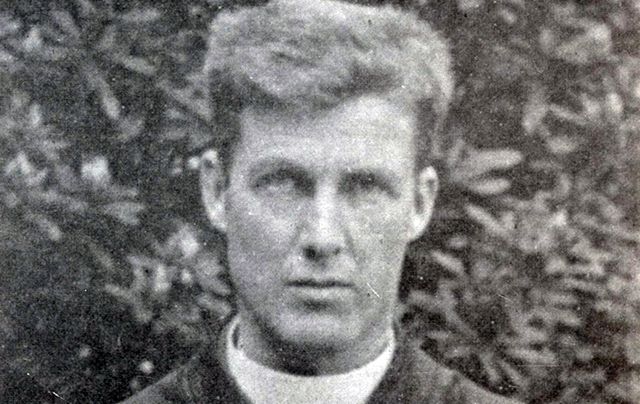 A Jesuit priest will be put on the pathway to sainthood next month when a ceremony in Dublin will see him “blessed.”

Fr John Sullivan was born into a wealthy Dublin family in 1861. His Protestant father was an attorney who would go onto to become the Lord Chancellor of Ireland (then the country’s highest ranking attorney). His mother was Catholic from a landed family in West Cork and, as was the tradition at that time, the sons in a mixed marriage were raised in their father’s religion and the daughters in their mother’s.

Sullivan had a traditional upbringing for a middle class Protestant Dubliner of the time; he attended the prestigious Portora Royal School in Fermanagh and then Trinity College in Dublin.

After graduation he moved to London to become a lawyer and it was there his life took an unusual path. In 1896 he converted to Catholicism and 11 years later was ordained a Jesuit priest. He joined the staff of Clongowes College in Kildare and it was there he spent the rest of his life.

As a priest he gained a reputation for his commitment to the ill. He would jump on his bicycle at any hour to visit the dying and locals became convinced of the power of his prayers to cure them.

In 2014 Pope Francis declared him ‘Venerable’ and after the Congregation for the Causes of Saints concluded his prayers had cured a Dublin woman of cancer, the Vatican announced his beatification.

Only one more miracle is needed before he can become a saint.

The beatification ceremony will take place in Dublin – the first of its kind of take place in Ireland’s capital city – and will be attended by representatives from both the Church of Ireland and Roman Catholic Church.

“The holiness of John Sullivan was the fruit of his education in both Catholic and Church of Ireland traditions,” Catholic Archbishop of Dublin Diarmuid Martin said in a statement.

His Anglican counterpart, Michael Jackson, also thought Fr Sullivan’s personality had been molded by his Church of Ireland upbringing: “[His]holiness has a strong ecumenical feel to it, as he never rejected the influence of the Anglican tradition on his spiritual flourishing”, he reflected.

Read more: Travel Ireland in the footsteps of the Irish saints

Here's a documentary about Sullivan's life: