Father of three murdered children asks for letters during self-isolation 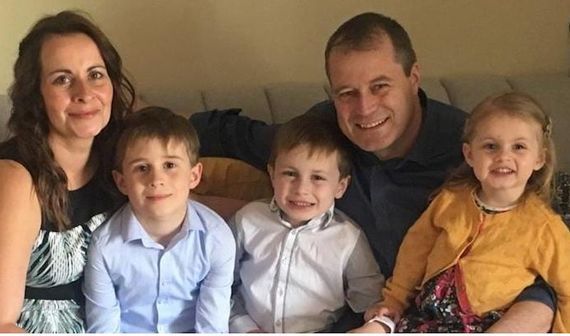 Andrew McGinley with his wife and kids. Rolling News

The father of three children who were tragically killed in their home earlier this year is appealing for people to send him letters to help him through this period of isolation.

Deirdre Morley, the children's mother, was charged with their murder but has been too mentally unwell to attend court.

The bereaved father-of-three said that he was "struggling" with isolation and said that he really missed his kids' company during these unprecedented times. He asked whether people would write to him to help him get through isolation.

"You may never know how much this will help me," he wrote on Twitter.

I’m looking for a favour. I’m struggling with isolation like you all but really missing the company. I was also enjoying most of the letters that I received so I have a request. Can you write to me? If you feel like using one of your An Post postcards then great. Letters welcome. pic.twitter.com/V72gLbGbtC

McGinley has already received hundreds of replies from people who pledged to send him letters using their free An Post postcards.

Ireland's postal service is giving two free postcards to every Irish household so that people can connect with each other during this period of social distancing. The postcards are free to send.

McGinley seemed genuinely overwhelmed by the response on Twitter and the outpouring of grief.

Responding to one tweet, McGinley said: "The response on twitter alone has lifted me. I also hope that everyone will take the opportunity to send a letter to someone more deserving than me too.

"Enjoy Conor's Clips on YouTube as it gives me great comfort to know that people can see how happy the kids were."

McGinley set up Conor's Clips earlier this year to keep a promise to his son. At Christmas time last year, Conor declared that he wanted to set up a YouTube channel, so McGinley set up the tribute channel in his name.

The channel features a compilation of home movies of the three deceased children.