Former MMA fighter Paddy Holohan has been suspended from the party for his comments about women and the Taoiseach Leo Varadkar. 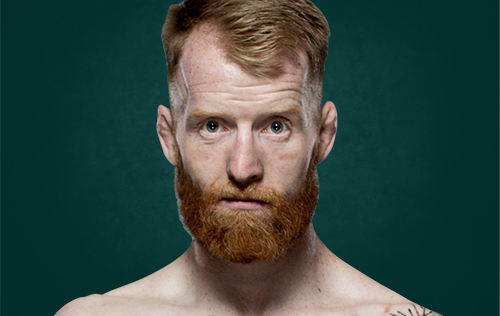 The Sinn Féin councilor and former MMA fighter Paddy Holohan has been suspended from the party with immediate effect for comments made on his podcast such as "f***ing scum women."

The Tallaght South councilor was speaking on his podcast "No Shame" and interviewing the filmmaker Terry McMahon when he said that there were "f***ing scum women out there" and “loads of” underage girls pursuing men and then later blackmailing them for money.

The remarks came after McMahon claimed he could understand why women would want to be in a female-only workout class if they had been previously abused.

Read more: No one knows who will win the Irish election

Holohan's comments emerged just a day after he received criticism for saying that Ireland should be run by a "family man with children," claiming that Taoiseach Leo Varadkar (who is a gay man) could not be such. He also claimed that Varadkar was “separated from society” because of his Indian heritage, despite being born and raised in Dublin.

“Leo Varadkar’s blood obviously runs to India. His great-grandfather is not part of the history of this country. Now Leo obviously is," he said.

Paddy Holohan has been suspended from Sinn Féin with immediate effect, and a disciplinary process has been initiated.

Holohan issued a quick apology after his comments about the Taoiseach claiming he remarks had been "misinterpreted." While Varadkar and Sinn Féin leader Mary Lou McDonald accepted his initial apology, the further comments about women resulted in his suspension.

McDonald stated that the comments were “beyond offensive" and he was quickly suspended from the party.

“Paddy Holohan has been suspended from Sinn Féin with immediate effect, and a disciplinary process has been initiated," the party said.

Do you think Sinn Féin was correct to suspend the councilor for his comments? Let us know in the comments section, below.