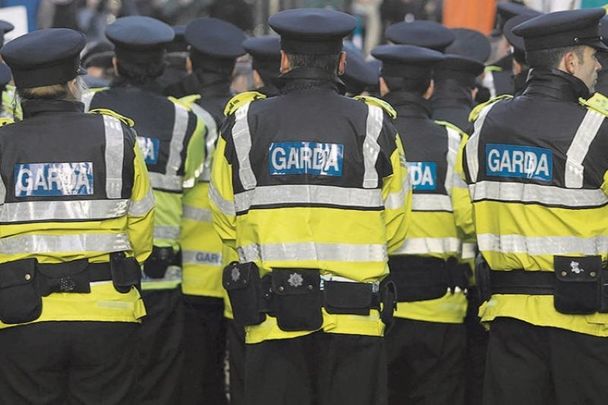 Jude McGovern claims he has kept the Smith and Wesson revolver, which he had decommissioned more than 20 years ago in the US, for sentimental reasons. RollingNews.ie

Jude McGovern, a native of Co Cavan who is now living back in Ireland after serving as a New York police officer, is threatening to sue An Garda Síochána after armed officers allegedly raided his house to seize his decommissioned firearm.

McGovern, 88, claims he was treated like one of the FBI's "Ten Most Wanted" when the officers arrived at his house in Swanlinbar, Co Cavan to execute a search warrant for his decommissioned Smith and Wesson revolver, which is more than half a century old.

McGovern told The Irish Times that on Saturday, April 9, he returned from buying the paper in the nearby town of Kinawley, Co Fermanagh, to find that "eight to ten" officers had forced their way inside his house.

"I called them a litany of four-letter words," McGovern said. "It was a total overreaction, totally unprofessional. They could have just knocked on the door and asked, is Jude here. But they were able to force the door in and then go upstairs, pulling out my drawers, looking at my stuff."

McGovern told Newstalk that he handed over the gun - "which is empty, you know, no bullets, it’s dysfunctional" - but that he did not receive a receipt for it.

A Garda press officer told Newstalk: “An Garda Síochána do not comment on named individuals.

“Gardaí conducted a search under warrant at a residence on Main Street, Swanlinbar, County Cavan, on the morning of Saturday, 9th April, 2022.

“A suspected unlicensed firearm was seized and sent to the Ballistics Unit for analysis. As this is an ongoing investigation, An Garda Síochána have no further information at this time.”

McGovern emigrated from his native Swanlinbar in 1957 and served in the US Army for a time before becoming a cop with the NYPD. He later became a correctional officer at Rikers Island, New York's largest and most infamous prison.

McGovern said he was authorized to buy a firearm for personal protection when he was off duty and told the Irish Times that he bought a five-shot Smith and Wesson revolver in 1968.

The former cop says he patrolled the streets of NYC “carrying that pistol in a holster on my leg 24/7, and I never pulled it out of its socket.”

He admitted that he “never even liked guns to be honest" and that he just "kept it as it was sentimental."

"Technically, I was wrong I suppose, but then it wasn’t functional," he said. "It was a sentimental piece for me – I wasn’t holding up post offices or anything."

McGovern thinks Garda Síochána spotted the picture on social media. The octogenarian explained that about four years ago, he stopped to chat with a man in Swanlinbar who inquired if he used a gun during his time as a cop in the US.

"He said he’d love to see it, so I went upstairs and brought down the Smith and Wesson, and he said ‘Can I take a picture?’ Didn’t he put it on Facebook.

“My pictures were in the background, so that is where I think the Garda Síochána spotted this thing, after 4 1/2 years.”

McGovern, who told Newstalk he suffers from an irregular heartbeat and has gone seen a doctor for stress, said the April 9 incident had been the talk of the town.

"We have no police, no post office, no nothing in Swanlinbar, yet the police in this country could send 10 armed officers, four cars, two unmarked cars, to take me on, like I’m a danger to society," he told the Irish Times.