The European Commission begin arbitration against the US over the delay in granting Irish-based airline Norwegian Air International a transatlantic permit. 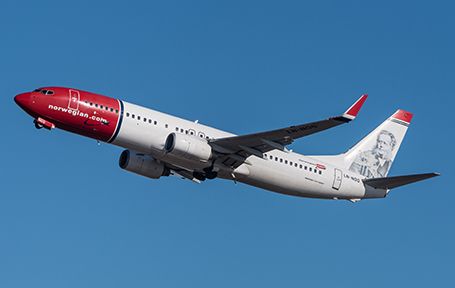 The European Commission today began arbitration proceedings against the US over delays in awarding a foreign carrier permit to Irish-based airline Norwegian Air International (NAI), a subsidiary of Norwegian company Norwegian Air. Three years have passed since the airline first applied for a permit to fly from Cork to Boston/New York and although a tentative decision was made in favor of the license by the US Department of Transport in April 2016, the permit has still not been granted. The EU believes the delay to be in breach of the Open Skies Agreement, which allows EU-registered airlines to fly to the US from anywhere in Europe, and after repeated warnings, has opened the arbitration process.

“The Commission works to ensure that EU-level aviation agreements are fully respected and that EU companies are not subject to unfair treatment,” said European Commission spokesperson Anna-Kaisa Itkonen, confirming that the arbitration would take place under the EU-U.S. Air Transport Agreement (more commonly known as Open Skies).

Italian professor Giorgio Sacerdoti is set to act as arbitrator on behalf of the European Union, appointed last month, and the US now have 20 days to appoint their own candidate before a third is picked on mutual agreement. The third candidate must be picked within 45 days and will preside over the tribunal.

“The Commission informed the U.S. authorities of this position already in November 2014 and regrets that no suitable solution could be found despite intensive discussions at all levels,” Itkonen said.

“The Commission acted in good faith during this process and still invites the U.S. authorities to comply with the EU-U.S. Air Transport Agreement in order to reach an amicable solution.”

In July 2015, European Commissioner for Transport Violeta Bulc sent a letter to U.S. Transport Secretary Anthony Foxx explaining that arbitration was on the table “despite the patience and the goodwill that the EU has shown.”

MEP (Member of the European Parliament) from Ireland South Deirdre Clune has also written to Foxx asking for the permit to be granted before the term comes to an end in January.

Basing NAI, a subsidiary of the company Norwegian Air, in the Republic of Ireland, the airline had hoped to take advantage of the Open Skies Agreement.

Despite making a tentative decision in April 2016 to grant a foreign carrier permit to the Irish-based airline, the US Department of Transport has failed to confirm the license amid the push back on the new routes.

The main US concerns with NAI’s proposed route is that staff the airline have plans to outsource employment to Asian countries, an accusation they have firmly denied, in turn accusing their opponents of creating a “wildly inaccurate fearmongering situation.

If the US is found to have breached the EU/US open skies agreement, the EU could suspend US Airlines benefits under the 2007 pact.

Irish Taoiseach (Prime Minister) Enda Kenny has previously called on US President Barack Obama to put an end to the delays in establishing the Norwegian Airlines Cork to Boston route, appealing to “common sense” to end the months-long stalemate on a foreign carrier permit.

NAI originally planned to begin a Cork to Boston route by summer 2016, which would eventually extend to Barcelona, with the addition of a Cork-New York route in 2017. The direct service between Boston and Cork is expected to be offered by the budget carrier four to five days a week, costing between $300 and $350 for a round trip.

The airline has since been pipped to the post somewhat, as Icelandic airline Wow Air announced last month they would rolling out transatlantic services between eight key North American cities and Cork Airport for less than $163.00 (€149.00) one way as of May 2017.

This is the first time either the EU or the US has invoked arbitration under the Open Skies accord. Norwegian Air has welcomed the action stating it was "confident that any arbitration case will recognize Norwegian's clear right to a foreign carrier permit."