Introduced on July 1, 2021, the regulations require senders to provide electronic customs information for each parcel, while customs charges may also apply. 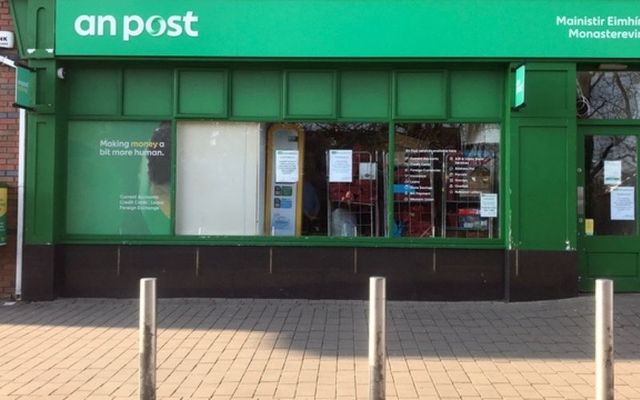 Ireland's postal service An Post has launched a campaign to notify customers of the changes. Rolling News

New EU customs regulations have caused severe problems for individuals and small businesses sending parcels to Ireland from non-EU countries, including the United States and the United Kingdom.

Introduced on July 1, 2021, the regulations require senders to provide electronic customs information for each parcel, while customs charges may also apply.

These charges must be paid in full before Ireland's postal service An Post is permitted to deliver parcels in Ireland.

A spokesperson for the postal service told IrishCentral roughly 90% of parcels sent from outside the EU reach their intended recipient without any issues.

The spokesperson added that An Post has worked with almost all large non-EU retailers to ensure that a simple and clear ‘duty paid’ facility is included at online checkouts, allowing all VAT and customs to be paid upfront.

However, the spokesperson said parcels sent via postal services such as the USPS or the Royal Mail by individuals or small businesses are "more problematic" because the senders are often unaware of the "new complex data and tax requirements".

"Unlike parcels which are posted in bulk from large non-EU retailers who An Post can advise and assist with the new rules, An Post has no simple way of advising the personal customers or small businesses posting parcels to Ireland from outside the EU, and whose own postal operators or trade organizations are not providing sufficient guidance on the new regulations, required customs data, and prohibited items," An Post said in a press release in October.

The postal service launched an information and awareness campaign last October to advise customers on the new regulations.

An Post said in September that the new regulations had caused "significant delays" or "customers not receiving their goods at all".

It said parcels were often delayed or returned because "the necessary electronic data is missing or incomplete, or the contents are restricted or prohibited".

An Post said the issue was affecting gift parcels sent by family and friends in non-Eu countries.