More endangered bird species in Ireland than ever, study finds

More than a quarter of Ireland's 211 native bird species are now considered to be endangered, according to a new report from BirdWatch Ireland. 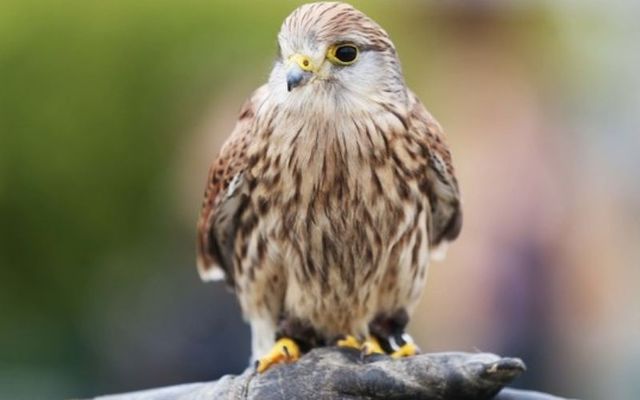 The kestrel was one of 23 bird species in Ireland to be added to BirdWatch Ireland's "red list". Rolling News

More than a quarter of Ireland's 211 native bird species are now considered to be endangered, according to a new report from BirdWatch Ireland.

The report stated that 54 of Ireland's 211 species of birds have been added to a "red list" and are at risk of permanent decline, meaning that more Irish birds are endangered than ever before.

The review of Irish birds found that there has been a 46% increase in the number of Irish birds on the red list in less than a decade with 23 species added to the list since the previous review in 2013, including the puffin, sparrowhawk, and kittiwake.

Only six bird species were removed from the red list in the same timeframe.

Wading birds, which are commonly found among shorelines, are believed to be experiencing the most severe population decline, while seabirds are also experiencing a severe decline due to climate change and overfishing.

The report described the decline of populations in wading birds, including lapwings and curlews, as "catastrophic".

The kestrel - a small bird of prey that was previously very common in the Irish countryside - is now in decline due to changes in land use and farming practice which has affected prey populations. Illegal shooting and poisoning have also caused the decline of kestrel populations in Ireland.

BirdWatch Ireland and the Royal Society for the Protection of Birds in Northern Ireland, which also participated in the study, are calling for more conservation projects in order to save Ireland's bird populations. The groups are additionally calling for more climate change targets to be met.

"There is no doubt that having 54 of Ireland’s regularly-occurring bird species now on the red list is alarming, with some species having shown dramatic declines and losses on this island," the report said.

"With the continuing decline in the status of Irish birds… we acknowledge that finite conservation resources must be even further prioritized and directed where they will have the most impact."

Meanwhile, the recovery of some species - including the black-headed gull, the European herring gull, the tufted duck, and the wigeon - saw them move from the red list to the amber list.

Other species, including the reed warbler and the robin, were moved from the amber list to the green list, which represents the lowest cause for concern.

However, BirdWatch Ireland stated that it is difficult to reverse falling populations and said that some species could experience further decline.