Electric Picnic organizers have appealed to Laois County Council to change their decisions in light of comments made by Ireland's Chief Medical Officer. 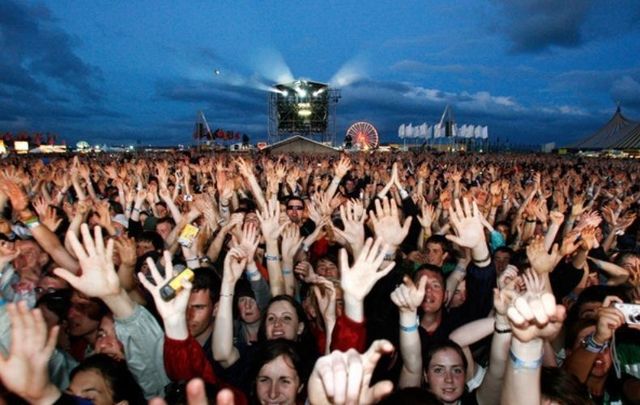 Organizers of Electric Picnic have appealed for permission to allow the music festival to go ahead after comments made by the Chief Medical Officer.

The annual Irish music festival, Electric Picnic, has called for Laois County Council to reverse its decision to refuse a license to hold the event this year in light of comments made by Ireland's Chief Medical Officer, Dr. Tony Holohan.

Speaking at a press briefing at the Department of Health yesterday afternoon, Dr. Holohan said the National Public Health Emergency Team (NPHET) would not be opposed from a public health perspective to large events taking place with only vaccinated people in attendance.

“We wouldn’t have a concern from a public health point of view to express about an event that happened that was confined to vaccinated people,” he said.

Reacting to Holohan’s comments, Electric Picnic boss Melvin Benn of Festival Republic said he is asking Laois County Council “to immediately reverse the decision it took to refuse the license and grant it immediately in line with the CMO’s conditions”.

“What a springboard to the future this could be. Change the decision, Laois County Council and let’s have the Picnic. Tell us tomorrow and we are on our way,” Benn said.

Earlier this month, Laois County Council released a statement saying that a license was not being granted for the music event.

Professor of Immunology Luke O’Neill of Trinity College has also backed Electric Picnic's calls for a return of the festival.

In a recent article published on the event's website, Professor O'Neill wrote, "I stand with them and say yes, it should go ahead.

"We need to bite the bullet and say the vaccines are working as they should, which means large events like Electric Picnic should go ahead for those who are fully vaccinated.

"We’ve been saying that outdoors is safe, and that vaccination is the way out of the pandemic.

"Now is the time to show we believe these things. What is very important is the vast majority of people attending are in a very low risk category when it comes to Covid anyway.

"This means that even if they become infected — which is less likely because ‘everyone’ is vaccinated — they are unlikely to develop Covid that will require hospitalization.

"It is therefore unlikely that any infections which do occur at Electric Picnic would put pressure on our healthcare system, which is the biggest concern when it comes to Covid."

Currently, Government guidelines allow a maximum of 200 attendees to attend the majority of venues. A limit of 500 people is in place for venues with a capacity greater than 5,000 with appropriate protective measures in place.

Since the end of July, the Government has allowed an increase in numbers at sporting events. A crowd of 40,000 attended the GAA Hurling All-Ireland Senior Championship in Croke Park on August 21, while approximately 25,000 can attend the two World Cup qualifiers for the Aviva Stadium for games in September.

On Tuesday afternoon, Taoiseach Micheál Martin met with the Minister for Tourism, Culture, Arts, Gaeltacht, Sports, and Media Catherine Martin to discuss the coming roadmap for the reopening of society, including the Live Entertainment and Arts sector.

It was agreed that a meeting with industry stakeholders will take place next Monday, attended by both the Taoiseach and Tánaiste.

This will follow the latest NPHET advice and the deliberations of a COVID sub-committee this Friday, which Minister Martin will attend.