17 percent of the people now living in Ireland were born somewhere else. It's a mind-boggling statistic. 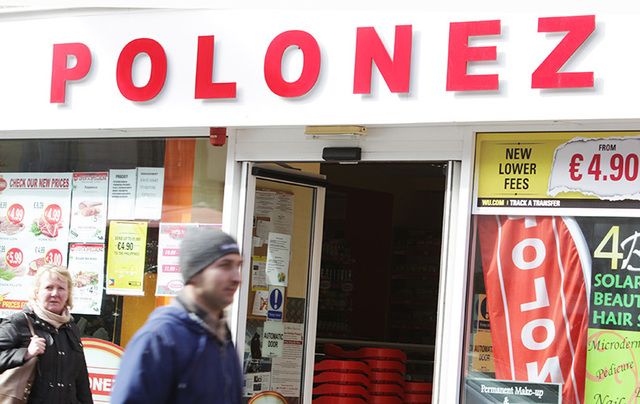 Here in Ireland we hold a national census every five years and the early results of the last one, held on April 24, 2016, became available last week.  These early results give just the headline findings of Census 2016, and much of the detail will not be available until later this year when the Central Statistics Office has collated all the data.

But the early headlines make fascinating reading.  One of the standout findings is that 17 percent of the people now living in Ireland were born somewhere else.  It's a mind-boggling statistic and, coupled with other findings in Census 2016, it shows that Ireland is now less "Irish" than it's ever been.

One extraordinary thing about this 17 percent figure is the speed with which the change has occurred.  Just over 30 years ago the figure was so low it was negligible, and Ireland was still almost completely "Irish" in the traditional sense.

The other remarkable thing is that this fundamental change in the make-up of the Irish population has taken place with such little reaction from the native population, in marked contrast with what has happened elsewhere.  A comparison with America is interesting, since immigration into the U.S. has become such a huge issue there and continues to be a major talking point, with angry claims that it is "out of control."

The academics among you may find more recent data, but a Pew Research Center study in Washington last year reported that the percentage of people living in the U.S. who were born outside the country reached 13.7 percent in 2015.   You will notice that this is some way behind the 17 percent figure that has now been reached in Ireland.

The same Pew report said that the number of foreign-born people in the U.S. was projected to hit a record 14.9 percent in 2025, breaking the country's previous high of 14.8 percent set in 1890 when waves of Irish, Italian, Polish and other immigrants were arriving in the U.S.

But even that is well behind the 17 percent figure that has already been reached in Ireland. And our 17 percent has been reached without any of the angry debates and demonstrations that have taken place in the U.S.

The statistics from Britain, where immigration was the main issue underlying the shock Brexit vote, are just as surprising.  In 2015, 13.5 percent of the U.K. population was foreign born.

This was double the number it had been in 1993, which may account for the growing concern in the U.K. about the growth in immigration.  But even at 13.5 percent, it is still way behind the 17 percent level reached in Ireland last year.

Read more about @CensusIreland 2016 Summary Results with a focus on #people and #housing #census2016 https://t.co/Pv10VxQvHy pic.twitter.com/AIKwk9vBCP

You would think that as the vast melting pot country built by immigrants, the U.S., would have a more relaxed attitude to recent immigration than a tiny mono-cultural island country on the edge of Europe like Ireland, a country with no history of immigration.  You might also think that Britain, as a great colonial power with ongoing connections to its former colonies, would be more accepting of immigration than Ireland.

Yet the reverse seems to be the case. Immigration control was probably the most important single issue in getting Donald Trump elected.  And in the U.K., immigration was probably the main factor behind the British referendum vote that is now taking the U.K. out of the EU, a step with enormous consequences.

Yet here in Ireland, our far higher and much faster level of immigration over the past 20 to 30 years has caused barely a ripple of discontent. So what's going on? Are the Irish more tolerant? Or less aware of what is happening? Or just less caring about the possible long-term implications?

What kind of Ireland do we want, and will that be affected by such a high level of immigration?

This is a debate which can quickly become very emotional.

At one extreme there are the traditionalists who are resentful of any change and want Ireland to stay much as it always has been.  At the other, there are those who think we must broaden our concept of what being "Irish" means and enthusiastically embrace a new multi-cultural Ireland.  And it's usually not too long in such debates before the racist accusation starts being thrown into the mix.

It's a huge topic, one that we will be coming back to in this column in the future.  For now, however, it is interesting to see the facts (and facts are facts, not opinions, and don't have an agenda) that are in the Census 2016 figures.

Apart from the startling 17 percent figure for non-Irish born people who are now part of our population, there are other indicators of how much and how quickly Ireland is changing and becoming less traditionally "Irish."

Despite the 17 percent non-Irish born figure, Census 2016 shows that the number of non-Irish nationals here (people who declared themselves foreign nationals on the census form) fell to 544,357 or 12 percent of the population.   This might seem like a contradiction, but it is explained mainly by the rapid increase in the number of people with dual nationality, one of which is Irish.  This has doubled since the last census in 2011 and by April last year had reached 104,784 people.

Ethnic breakdown by age group in Ireland according to the 2016 Irish census. pic.twitter.com/Lqhq0kk8zC

And that tells its own story.  It clearly shows that a significant number of immigrants (many of whom came here during the boom) have no intention of returning to their countries of origin and are applying for citizenship here as soon as they meet the length of residency and other requirements.  The Poles remained the largest group of foreign nationals living in Ireland in 2016, with more than 122,000 resident here.

Apart from population make-up changes, Census 2016 shows that in many other ways Ireland is becoming less traditionally "Irish" and more European.  For years Ireland was a demographic exception within Europe, with high fertility rates and a younger population, originally because of our Catholic beliefs about contraception but more recently because of the number of young immigrants arriving here.

That is now changing and birth rates are down. This census shows that the average number of children per family fell from two in 2011 to 1.38 in 2016.   At the same time, like in Europe, our population is aging, with the number of people here aged over 65 up by nearly 20 percent since the previous census in 2011.

Despite this, our population is continuing to grow and Census 2016 shows that it stood at 4,761,865 in April last year, an increase of 173,613 (3.8 percent) since April 2011.  Although the growth is slowing, the rate of increase means our population should pass the five million mark within the next decade, a level not seen since the Famine era.

The speed of population growth here in recent decades has been notable.  Our population has increased by 70 percent from the 1961 figure of 2,818,341 to the 4,761,865 figure in 2016.  Much of this is due to our rapid expansion during the Celtic Tiger boom era and our membership of the enlarged EU which allowed high numbers of workers from Eastern Europe to come here.

Although at the time it was repeatedly suggested that these workers would be here temporarily, it is now clear from the increasing age profile of the immigrants who have settled here, as shown in the 2016 Census, that many are here to stay.

As usual, what this census had to say about religion and the Irish language also made headlines here.  Over three quarters of the population (or over 3.7 million people) declared themselves to be Catholics, a decline of over 100,000 compared with five years previously but still a hugely impressive figure.  The number who ticked the box for no religion jumped to around 468,000, or 10 percent of the population.

But we should treat this with caution, because it is obviously a mix of nostalgia and wishful thinking on the part of people when filling out the census form rather than the reality.   The number of practicing Catholics in Ireland is optimistically estimated at 35 percent nationally and in Dublin it may be as low as 18 percent, according to the Association of Catholic Priests. Marriages, funerals and maybe Mass on Christmas day are the extent of church-going for many "Catholics" here.

The same applies to the census findings on the Irish language.  When asked if they could speak Irish, 1.76 million people put yes on the census form.   We all know this is nonsense and that most people here have only a few words of Irish if they are challenged to hold a conversation.   But we like to imagine we can!

When asked on the census form if they speak Irish daily (apart from in school), the 1.76 million figure shrank to just 73,803, which is less than the number of people here who speak Polish on a daily basis.

Another indication of how Ireland is becoming more European and less "Irish" (and also further evidence of the housing crisis here) is the finding in Census 2016 that nearly half a million families here now rent their home, double the 230,000 families who were renting in 2002.

It's Ireland today, less Irish, more European, less religious, and older but not necessarily any the wiser!