The popular attraction was forced to close its doors for three days during the Irish visit of Pope Francis. 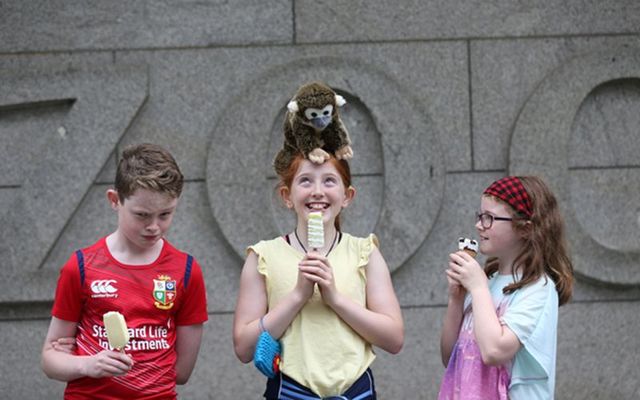 Pope Francis "pulled the rug" from under Dublin Zoo after they struggled through the Beast from the East in the winter and an incredibly hot summer.

The director of Dublin Zoo has placed some of the blame for their reduced 2018 numbers on Pope Francis and his August visit to Ireland, claiming that the Pontiff "pulled the rug" from under the popular tourist attraction with his event in its home, Phoneix Park.

The zoo is expecting to record a drop in numbers of 100,000 for the past year, blaming the loss of the last week in August due to the Pope's visit for the dip. The attraction had also had to battle through a harsher than average Irish winter with the Beast from the East and a summer heatwave.

Merry Christmas from all the team at Dublin Zoo! We’ll see you again on the 27th when we reopen from 9:30am-4pm #dublinzoo #discoverdublin #dublin

It had been forced to close its doors for three days during the Pope's visit but uncertainty about access to Phoneix Park earlier in the week also saw a drop off in numbers.

“We took a hit. We’re down. We’re still above the million but we’re probably down 100,000 visitors," said director Leo Oosterweghel, who has been at the helm of the zoo for 18 years.

“First there was the extraordinary winter, it was hard to recover,” he added.

“Then we had this incredibly hot summer.

“Then his Holiness arrived the last week of August - we were closed for that whole period.

To facilitate the visit of Pope Francis to the Phoenix Park, the Phoenix Park will be closed to the public on Saturday 25th, Sunday 26th and Monday 27th August. This means that Dublin Zoo will not open for these days. The necessary Dublin Zoo staff have been provided with accreditation allowing entry to the Phoenix Park to ensure that the animals are cared for as normal during this brief closure. Dublin Zoo recognises that its closure, as part of wider the Phoenix Park closure, is necessary to ensure the health and safety of the hundreds of thousands of people who will be attending this public event #dublinzoo #phoenixpark #popeinireland #popefrancis  @stpics18

“People weren’t sure,” he said.

“We lost the last week of August which is our biggest week.

“(We had) the bad winter, the hot summer and his Holiness who pulled the rug a little bit.

“We’re still over a million - it just shows you how robust the business is.”

Have you ever been to Dublin Zoo? Let us know what you made of it in the comments section, below.