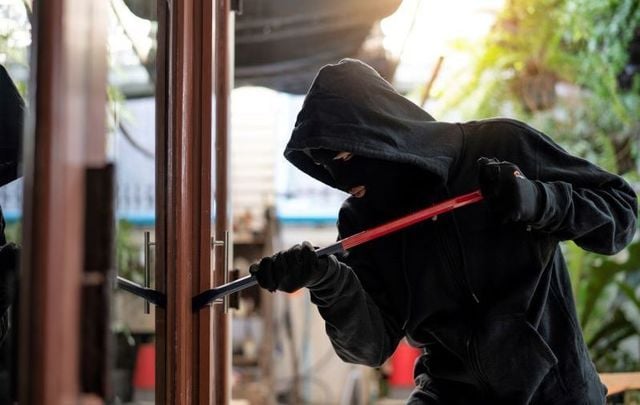 The burglars, both in their 40s, broke into an apartment in Leopardstown in South Dublin at around 3 pm on Saturday afternoon, but neighbors in the apartment next door heard them and came to investigate.

The residents attempted to detain the two men in the apartment but met fierce resistance.

Gardaí arrived on the scene to find the two men attempting to flee.

Afterward, a garda spokesperson said: “Both men were taken to Dundrum Garda station where they are currently detained under Section 4 of the Criminal Justice Act, 1984 and investigations are ongoing.

A hammer and belongings from the apartment were confiscated from the two men and taken to the station as evidence.

Several residents were assaulted during the incident and some of them needed medical attention afterward.

Dundrum is one of Ireland's busiest Garda stations in terms of burglaries. In 2018, it was the busiest in the country with a total of 456 burglaries reported.

The five busiest Garda stations in the country in terms of burglaries were all located in Dublin.

The Irish capital sees more burglaries than any other county by some distance.

There were almost 250,000 break-ins between 2009 and 2018 according to the Central Statistics Office and as many as one in every five properties has been targeted.

Dublin accounted for more than 40 percent of all burglaries in Ireland over the last decade.