The theme for the 2020 Pride festival is “In This Together.” 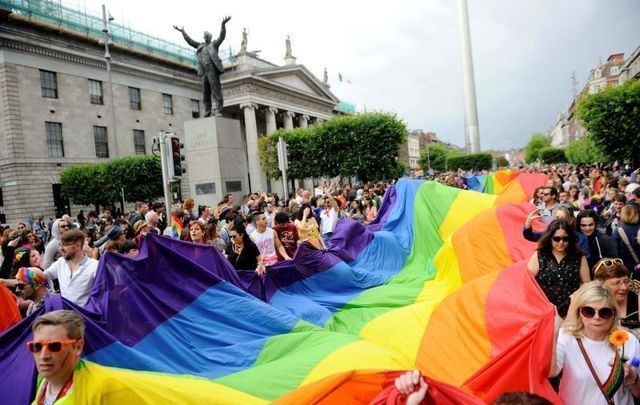 This year’s Dublin Pride Parade, which was canceled due to the coronavirus pandemic, is going digital.

The parade, which typically marches down O’Connell Street in June, is the largest fundraising event of the year for many LGBTI+ community organizations and charities in Ireland.

The organizers have decided to host the first Digital Dublin Pride Festival with an interactive virtual Pride Parade and a Pride Concert. According to the festival’s planners, buildings will still light up and flags will be flown across the city.

The theme for the 2020 festival is “In This Together.”

The Digital Pride Festival will be launched online by the Lord Mayor of Dublin, Tom Brabazon, on Friday, May 22 to mark the fifth anniversary of the Yes vote in the Marriage Equality Referendum.

A number of online festival events, including virtual walking tours, talks, and exhibitions, will be held on June 18-28.

On Saturday, June 27, Dublin Pride will join hundreds of Prides around the world for the 24 hour Global Pride event.

The virtual Pride Parade and the Dublin Pride Concert will be held on Sunday, June 28.