Irish-Chinese GAA great says racism remains an issue in Irish life but it's one that has eased. 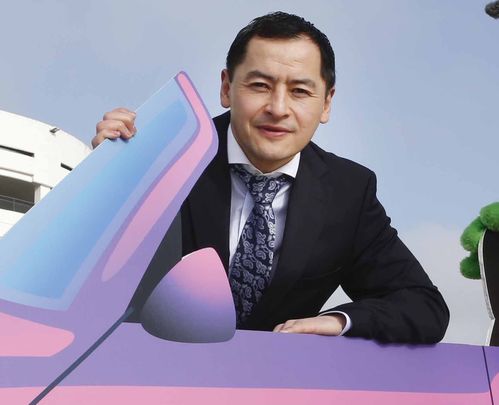 Dublin great Jason Sherlock has warned that racism is as big a problem in Irish sport today as it was when he was the height of his powers and an All-Ireland winner in the 1990s.

Son of an Irish mother and a father from Hong Kong, the former Ireland basketball star and UCD soccer player is now working at Dublin City University where he sees huge diversity in the student population.

But racism remains an issue in Irish life as far as Sherlock is concerned as he explained when he was asked by RTE Sport if the problem had eased since his own playing days with the Dublin senior team.

“My sense would be no,” said Sherlock. “I think I was lucky in the sense that people accepted me because I could play sport and I was talented at sport.

“If I hadn’t got that, how would I have been received and would there be a conscious bias towards me? I suppose that’s why I’m so passionate about education and the opportunities that education gives.

“Looking at the DCU Access program, we have students born in 55 different countries, 20 percent of our 1,100 students are born outside of Ireland so it just shows you what DCU is doing to raise diversity and inclusion on their campus.

“From my point of view, I would just like to see more education, one for victims of racial abuse that they understand that they’re doing nothing wrong. Everyone if different, everyone is unique and they’re not the one’s frankly with the problem.

“Then we need education for the people that feel they can give racial abuse, to understand the impact that can provide, because ultimately if you’ve been slagged racially at any time in your life, that will never leave you. That will always be part of you and it will always affect your self-worth and self-esteem.

As sport across the world offers support for equality in the wake of George Floyd’s death in America, Sherlock hopes the sway of public opinion can effect real change in Ireland.

“With what’s happening in the states, this hopefully might be a pinch-point where people might actually do something and come up with a solution that will make society and sport a better place in Ireland and worldwide,” said Sherlock.

“You have to have hope and you have to have the people who can see where the opportunities are. Young boys and girls aren’t born with racist connotations, they get them somewhere and I think what’s really important from a moderation point of view is that we provide the rules and they understand what is right and what is wrong.

“As much as we’re in a chaotic situation, you have to believe that there’s hope coming out of this and that our sport and society will be in a better place.”