Members of Ireland's Defence Forces are to undergo an immediate period of training and stand ready to assist if the need arises at Dublin Airport. 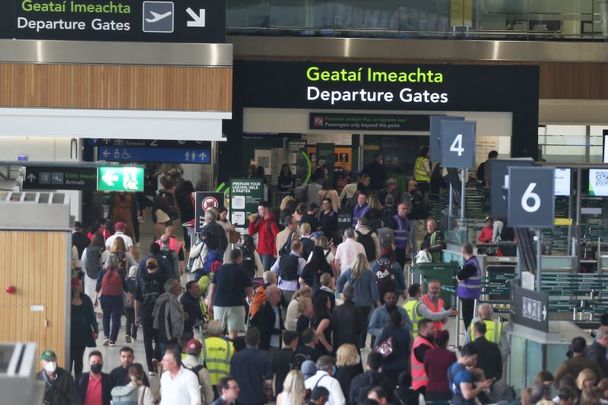 The Irish Army is to go on standby to help with security at Dublin Airport from July 6 to August 15.

Ireland's Minister for Transport Eamon Ryan said it will be only for that six weeks, if called upon by the Dublin Airport Authority.

The minister added it’s not certain troops would be used, but to prepare for the possibility the government had to make a decision in Cabinet on Tuesday.

Ryan told RTÉ, “The airport has done a good job since that period at the end of May when they were caught out in terms of a Sunday when 1,400 people couldn’t catch their flights. That’s not tolerable. You can’t allow that to happen again. We have to try and avoid it. So we asked the airport what further measures could be possible.”

He added that if there was a large amount of staff that couldn’t be available because of Covid, the government wanted to ensure there was backup capacity. That was to bring in the Army on stand-by mission.

The decision was made as passengers experienced serious issues at security in recent weeks, with many missing flights because of delays.

It followed the cancellation by Aer Lingus of some 16 return flights to and from Dublin Airport since Sunday, as well as a one-way flight from Nantes in France to Dublin on Monday evening.

The DAA, which runs the airport, said it is satisfied that the measures it currently has in place are working. However, it is concerned about the risk of a Covid-19 surge among its staff and requested that the government put in place contingency planning.

Members of the Defence Forces will receive basic training and be in a position to assist the DAA when called upon.

Minister for Defense Simon Coveney said, “While I recognize that the role of the Defence Forces is not normally to assist in the provision of services for a commercial airport, I have agreed to this request on a clear assurance that this is a distinct piece of work, provided in extreme circumstances, as a short-term emergency-related contingency action and is in direct response to a letter from DAA management to the minister for transport.

“The request is clearly defined in terms of the role and timeline, lasting no more than six weeks, in non-public facing duties.

“Members of our Defence Forces will undergo an immediate period of training and stand ready to assist if the need arises.”

The Representative Association of Commissioned Officers (RACO), one of the representative groups of members of the Defence Forces, issued a statement on Tuesday afternoon saying, “We need clarity on the types of roles our members would be expected to perform, what their working conditions would be, and what compensation they would be receiving for their work.”

The statement added, “We must not ignore the recommendation of the Commission of the Defence Forces to end the free labor aspect of military service.”