American, Delta, United, and Air Canada wrote to Ireland's Minister for Transport demanding action after more than 1,000 passengers missed their flights at Dublin Airport over one weekend in May. 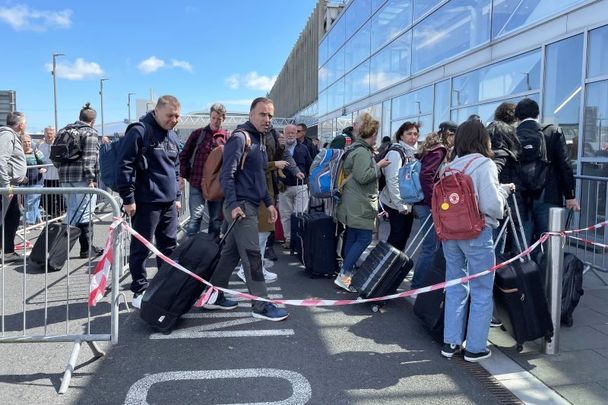 Dublin Airport Authority (DAA) has said it cannot guarantee no further travel disruptions after four major North American airlines wrote to the Irish government about the crisis at Dublin Airport.

The DAA was speaking mainly about the chaos that hit British and European airports this week, but the statement was made shortly after US and Canada airlines complained about services at Dublin Airport.

A group representing American, Delta, United, and Air Canada wrote to Transport Minister Eamon Ryan last week after more than 1,000 passengers missed their flights at Dublin Airport during the last weekend of May amid chaotic scenes.

The letter demanded urgent action after “significant delays” and other issues that have hurt the airlines’ services to and from Dublin.

According to the Irish Independent, the correspondence warned the government that the delays crisis at the airport is damaging travelers’ impression of Ireland, the airport, and the airlines.

The four carriers wrote to the two ministers under the umbrella of the influential Airlines for America (A4A) lobby group based in Washington, D.C.

The group also complained that their premium business class passengers were “forced to join the general queue” at Dublin Airport even though they paid “significant sums” to use fast-track facilities and should be permitted to use them.

They have sought a meeting with Ryan to discuss potential solutions as the peak of the busy summer season approaches.

The letter from Keith Glatz, A4A’s vice president of international affairs stated, “As is well documented in international media reports, A4A members and other airlines have been experiencing significant delays at Dublin of late.

“We believe this issue will become even more urgent as passenger numbers increase during the peak summer travel season.”

Glatz said that the airlines are experiencing a “very busy” summer season in and out of Dublin, with more passengers than they carried during summer 2019.

Between them the four carriers serve 13 destinations from Dublin including Chicago, New York, Dallas, Toronto, Boston and Philadelphia.

Glatz pointed out that in May 16.7 percent of Air Canada’s flights departing Dublin were on time. Only half of American’s flights left on schedule, while 23 percent of Delta’s and under 27 percent of United’s managed to take off on time.

A spokeswoman for Ryan said the letter and request for a meeting was being considered. She said that ministers held “regular” meetings with Dublin Airport’s CEO Dalton Philips and his management team. They would “continue until ministers are satisfied that difficulties persisting at the airport are satisfactorily resolved.”

Continuing airport staff shortages in Ireland and in Europe have caused a wave of issues. There have been cancellations of flights at London’s Heathrow, and staff shortages and threats of strikes at airports across Europe.

The DAA told the Irish Examiner it “cannot guarantee” Irish passengers won't be impacted by cancellations like those seen in the U.K. and Europe.

The DAA added, “We note the decision taken by some airlines and airports in Europe and the U.K. to cancel flights. DAA is keen to avoid such action at Dublin Airport and we remain fully committed to ensuring we get our staffing levels and operations where they need to be to cope with rising passenger numbers.”