A bench warrant was issued for Cahill's arrest on January 25 after the former UCD professor failed to appear in court a day earlier in relation to an incident in Dublin Airport on September 6, 2020 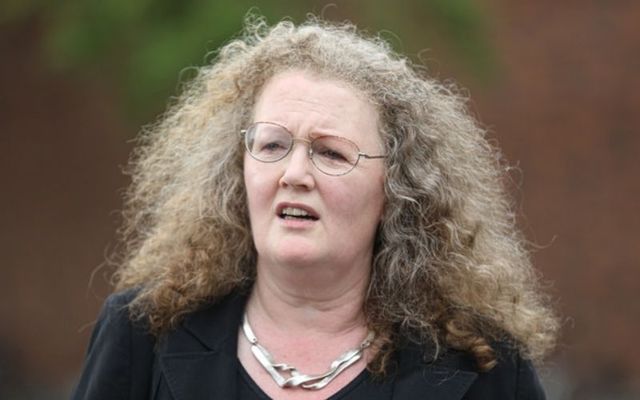 Irish anti-vaxxer Dolores Cahill has told supporters that she is on the run from Irish police after a Dublin court issued a warrant for her arrest two months ago.

A bench warrant was issued for Cahill's arrest on January 25 after the former UCD professor failed to appear in court a day earlier in relation to an incident in Dublin Airport on September 6, 2020, when Cahill was accused of failing to adhere to public health guidelines and failing to follow garda directions.

Cahill, who has been banned from social media for spreading Covid-19 misinformation, claimed in a video filmed in February and uploaded two weeks ago that Irish authorities are "censoring me and interfering with my phone and my internet".

According to a report in the Irish Independent, Cahill said she was currently in a "remote location traveling around trying not to get arrested".

"In beautiful Ireland, they have issued a bench warrant, allegedly about a month ago, for an imprisonable offense for exercising my rights of freedom in Dublin Airport for not filling out a passenger track-and-trace form. If I use my card in Ireland, police vans turn up five minutes later," Cahill said in the video.

Cahill claimed that she faces between six months and two years in prison if she is apprehended and accused gardaí of "misinterpreting the law".

The prominent anti-vaxxer has been appearing in videos in a number of undisclosed locations ever since her social media accounts were deleted.

In a separate video posted last month, Cahill again claimed the Covid-19 pandemic was false and claimed that Ireland's lockdowns were "based on no evidence or completely false evidence".

She said she is holding weekly meetings with doctors and lawyers as part of her plan to "hold the top 20 people in the world in each country to account" for imposing Covid lockdowns.

"Through our weekly meetings, we will engage the top lawyers in Canada, Australia, Brazil or Germany and develop a mechanism to share the information so that this does not happen again," Cahill said.