Dolores Cahill is being accused of encouraging COVID patient Joe McCarron, 67, to leave a Donegal hospital against the advice of doctors. He died shortly thereafter. 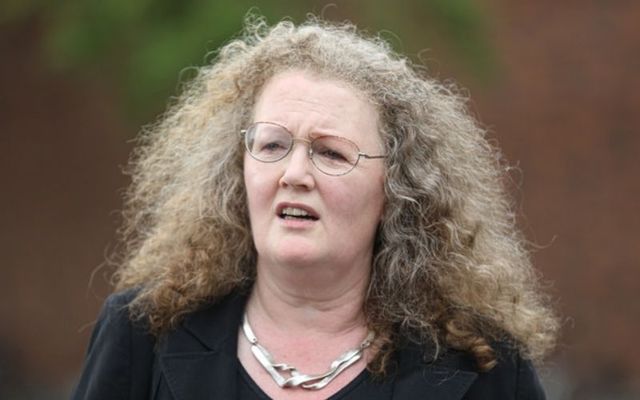 Dolores Cahill is being accused of having a hand in helping COVID patient Joe McCarron to leave a Donegal hospital against the advice of doctors in September.

McCarron was encouraged to leave Letterkenny University Hospital in Donegal by a group of anti-vaccine advocates in September under the pretense that they were "saving his life".

The 67-year-old refused to heed the advice of doctors at the hospital, who warned him that he could die if he decided to discharge himself. He was readmitted to the same hospital a day later and placed on a ventilator. McCarron never regained consciousness and died within a week of his readmittance.

Videos of McCarron leaving the hospital with the assistance of Antonio Mureddu went viral.

Now, a friend of the McCarron family has told Vice News how former UCD professor Dolores Cahill encouraged McCarron's wife Una to get her husband out of the hospital.

Throughout the pandemic, Cahill has repeatedly claimed that COVID is a "hoax" and also stated that mRNA vaccines are dangerous.

The unnamed friend told Vice: “Basically, she [Cahill] said to Una, if you take him home, he'll survive."

Cahill reportedly told Una that her husband would die if the hospital placed him on a ventilator, according to the anonymous friend.

Una, who was deeply anxious about her husband's condition, told Cahill that she would be unable to properly care for her husband at home. Cahill, in turn, promised support and oxygen to help him breathe should he need it.

The call ended with Cahill promising to meet Una in the hospital and talk to McCarron's doctors.

When Una arrived at the hospital, she encountered four anti-vaxxers who were "in there to take Joe" out of the hospital.

The four "guys" were members of the Common Law Information Centre, a citizen group based in Donegal that Joe McCarron was a member of. Cahill has been heavily linked to the group but has consistently denied any involvement in the planning of McCarron's discharge from hospital.

Vice reports that Cahill addressed the group in July at a meeting that Joe McCarron attended.