A protest demonstration for those affected by clerical abuse in the Catholic church will take place during Pope Francis’ visit to Ireland later this month. 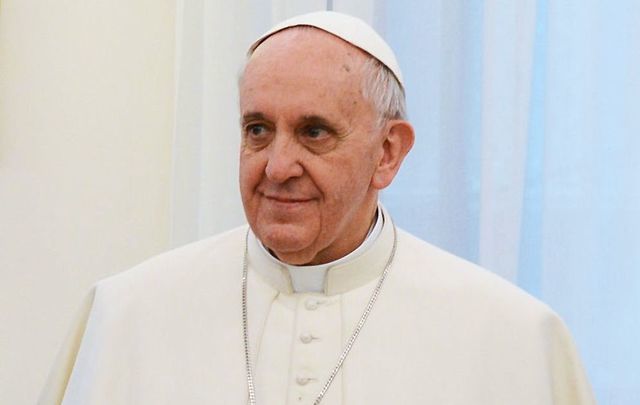 A protest demonstration for those affected by clerical abuse in the Catholic church will take place during Pope Francis’ visit to Ireland later this month.

The rally, which will take place on Sunday, August 26, at the Garden of Remembrance in Dublin, has been organized for those who have “been abused or hurt by the Catholic Church' or those who “wish to stand in solidarity with those who have been abused.”

Details of the event were shared on Twitter by Colm O’Gorman, the executive director of Amnesty International Ireland and a founder of One in Four, a charity supporting men and women who have been sexually abused. O’Gorman, 52, a survivor of clerical sexual abuse, first came to public attention 20 years ago when he sued the pope for allegedly covering up clerical abuse.

Archbishop Diarmuid Martin said last week it would be “great” for the pope to meet abuse survivors but the pope’s “time is very tight.”

If you, or someone you love has been abused or hurt by the Catholic Church, or if you wish to stand in solidarity with those who have been abused, please join me at the Garden of Remembrance #Dublin at 3pm on Sunday August 26th. #PapalVisit #Ireland More info to follow soon.

The archbishop said he has been urging the pope to meet a small representative group of people but “it is never easy” to do that.

Speaking on RTÉ’s Morning Ireland following the archbishop’s statements, O’Gorman said that Pope Francis should tell the truth about the abuse cover-up by the Catholic church during his visit to Ireland on August 25 and 26.

In response to the news that a meeting between clerical abuse survivors and the pope was not being considered, O’Gorman said that it showed the "little regard" the Pontiff had for victims of clerical abuse.

We cannot and will not allow this visit to simply disappear those who have suffered. This event will be a moment to assert and respect the dignity of those who have been abused, and to stand in solidarity with them. To mark an end to the Ireland that allowed this to happen.

"How are they going to address, for the tens of thousands of people and families in this country who've been so traumatized and harmed by the rape and abuse of children and vulnerable adults, that was facilitated by and then covered-up by the church, including the Vatican?

"They haven't given a jot to how they're properly going to address that. I think that's disgraceful."

O’Gorman said that speaking to survivors and apologizing for the Church’s role in covering up the abuse should be a priority for Pope Francis during his time in Ireland.“

“If he doesn’t acknowledge the Church’s responsibility for those crimes, I think it will be frankly disgraceful.”

Children must be able to play, study and grow in a peaceful environment. Woe to anyone who stifles their joyful impulse to hope!

Marie Collins, another prominent survivor of clerical sexual abuse, said she was not surprised Archbishop Martin said he was “pushing” the pope to meet abuse survivors. Collins, a former member of the Pontifical Commission for the Protection of Minors, said the archbishop’s words indicate there is resistance from the Vatican to such a meeting.

Speaking on RTÉ's Today with Miriam, she said the Vatican is resisting because they have the idea that "if we don’t talk about this issue there won’t be any attention given to it.

"They are delusional, because ignoring an issue is not going to make it go away."

Earlier this summer, a Facebook campaign called “Say Nope to the Pope” encouraged people to purchase tickets to see the pope in Phoenix Park and Knock and then not attend as part of a “peaceful protest.”