Hundreds of thousands of tickets were made available on Monday for the Pope’s visit to Ireland but many are being snapped up by protesters with no intention of attending. 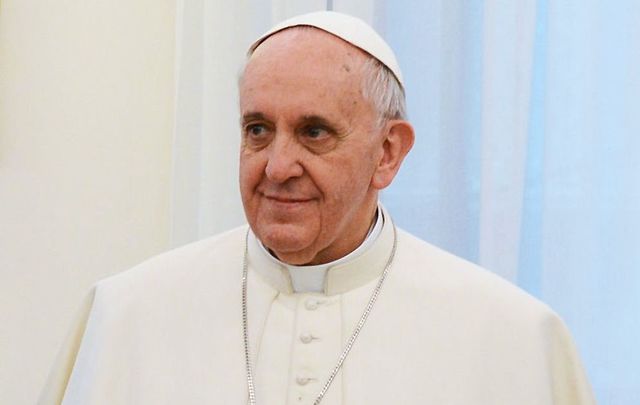 A “Say Nope to the Pope” Facebook campaign is encouraging people to book tickets to see the Pope and not attend as part of a "peaceful protest."

A protest booking campaign has been launched online by those unhappy with Pope Francis’ visit to Ireland this August. A “Say Nope to the Pope” Facebook event has 1.1k people marked as attending and 4.1k showing interest, as protestors are encouraged to avail of the free tickets but not to attend the various events being held by the Pope when he visits Ireland this summer.

On Monday, June 25, hundreds of thousands of tickets were made available for free online to the Pope’s celebrations in Knock, Phoenix Park, and at the World Meeting of Families in the RDS in Dublin. One man claims to have booked as many as 800 tickets to the Phoenix Park event, using the name “Jesus Christ” in the application process.

Speaking to the Irish Times, John Keane claimed he had secured the tickets through the World Meeting of Families website using various names and email addresses. One post on the Facebook event sees a user inputting the name of fictional Irish TV priest Fr Dougal McGuire when acquiring tickets as part of the “peaceful protest.” Keane believes that there have easily been thousands of tickets booked by those with no intention of attending any event.

Read more: Everything you need to know about getting tickets for Pope Francis' visit to Ireland

All 45,000 thousand tickets for the Pope’s visit to the Knock Shrine in Co. Mayo have now sold out, as have the 70,000 tickets for a series of events for the World Meeting of Families in the RDS. Over 60% of the 500,000 tickets for Phoenix Park have been booked, as those wishing to attend hit back at the protestors.

“I'm completely against the church and am in no way religious but actively stopping people attending this event is wrong,” complained one user.

I'm completely against the church and am in no way religious but actively stopping people attending this event is wrong....

"Go down there when it's on and try to have some respectful discourse with people entering if you want to make a real difference.”

Will you be attending the Pope’s visit to Ireland? Let us know in the comments section, below.