The number of deportations from Ireland rose by 50% in 2016. 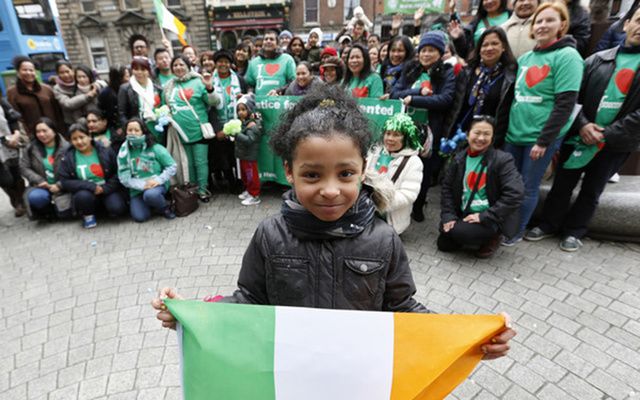 Amidst calls for calm among the estimated 50,000 Irish living undocumented in the US, the Irish Department of Justice this week revealed that the number of foreigners deported from Ireland in 2016 rose by 50% to 428.

In contrast, the latest figure available for Irish deportations from the US is from 2014, when 33 Irish people living and/or working in the US illegally were apprehended and sent home by the federal immigration authorities, Immigration and Customs Enforcement (ICE).

In 2016, 428 people were deported from Ireland, costing the state $746,815 (€698,814) in flights. Last year’s deportations totaled 142 more people than the 286 deported in 2015. In addition to the deportations put into effect, there were in total 1,200 deportation orders signed by the Irish Department of Justice last year, a 56% increase on 2015. The top six countries of origin of those deported were Nigeria, China, Ghana, Brazil, Albania, and South Africa.

“A decision to deport a person is never taken lightly,” a spokesperson from the Department of Justice said of the increased figures.

“Only persons who are illegally present in the State fall within the scope to be considered for deportation. Prior to the making of a decision to deport, all relevant legal rights of the person, including those applicable under international instruments such as the Refugee Convention and the European Convention on Human Rights are considered.

“No person is deported where deportation would result in return to a place where the life or freedom of the person would be threatened for reasons of race, religion, nationality, membership of a particular social group or political opinion, or there is a serious risk that the person would be subjected to the death penalty, torture or other inhuman or degrading treatment or punishment.”

There was also a significant increase in the numbers blocked from entering Ireland at airports and seaports in 2016. In total 4,217 people were refused entry, an increase of 20%. Of these, 396 were later admitted to pursue a protection application.

“This is a very high number,” said the director of the Migrant Rights Centre (MCRI), Edel McGinley.

“MRCI has consistently highlighted the lack of transparency at our ports: we don’t know why these people have been refused leave to land.

“It is vital that human rights standards are upheld at our ports, but the lack of an appeals mechanism or complaints process means that there is little information and less accountability.”

According to the Migrant Rights Center Ireland (MCRI), there are currently between 20,000 and 26,000 undocumented migrants, including children and families, living and working in Ireland, the majority of whom have been residents of the country for many years.

Many of the undocumented currently in Ireland moved here in better times, over a decade ago before the economic crash when employers were able to provide work permits for plenty more migrant workers.

Having settled in Ireland, married, and started families, some decided to remain once employers struck by the financial crisis were no longer able to support their work permits. Many now find themselves with no workers rights, unable to speak up at unfair pay or unfair treatment in their place of work, with no access to State benefits or medical treatment and having to get by on insecure, cash-only jobs they cannot rely on.

Although unable to access any social benefits or healthcare, one-third of the undocumented surveyed by MCRI revealed they paid taxes and over half said they had at one time paid taxes. They also contribute $273 million (€255 million) to Ireland in consumer spending each year.

MCRI oversee some 1,500 undocumented migrants and allies under the group Justice for the Undocumented (JFU) who are currently campaigning for the introduction of a regularization scheme that would open up opportunities for people to acquire citizenship, extremely similar to the schemes supported by the Irish government for our own undocumented in the US over the past number of years.

As the cost of sending each undocumented migrant home would cost Ireland as much as $107 million (€100 million), the MCRI suggest the creation of a regularization scheme which would bring in 12 times as much in immigration fees as the scheme itself would cost. A regularization scheme would also save Ireland from a loss of $44 million (€41 million) in direct tax alone.