Hundreds packed a Queens church to say farewell to Danny McGee killed by one punch in a Thanksgiving Eve fight outside a bar. 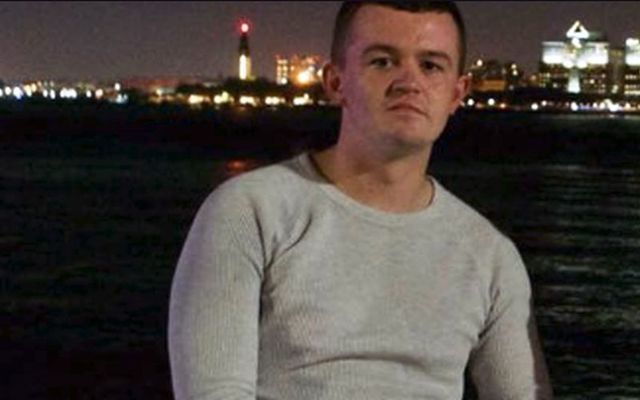 John "Danny" McGee died when he was punched once outside the Gaslight bar, in Queens, New York. Facebook

Hundreds packed a Queens church to say farewell to Danny McGee killed by one punch in a Thanksgiving Eve fight outside a bar.

Shattered family and hundreds of friends of the Irish emigrant, John “Danny” McGee gathered on Sunday to say farewell to the 21-year-old whose body is being flown back to Drumlish, in County Longford, on Monday for burial.

McGee died after being coldcocked, with one punch, outside the Gaslight bar, in Queens, on Thanksgiving Eve. Another Irishman Dave O’Brien later gave himself up to cops. O’Brien was released on bail of $25,000 at the weekend and refused to comment on the incident.

McGee’s parents, Don and Colleen, and siblings Brian and Eva live in Drumlish.

A special mass at St. Sebastian’s Church, in Woodside, was held for family and friends in the US

“This is a tragedy beyond words,” said the Rev. Kevin Ables during the mass.

“He spent the final hours working overtime to get the Thanksgiving dinner and all the preparations for Thanksgiving in order.”

McGee is said to have died from heart failure after being knocked to the ground.

“It’s hard to believe,” his cousin Maureen Murphey told The New York Post, as she broke down in tears.

“It’s very warming to see so many here though,” Murphey added. “Makes you feel connected.”

McGee had only been in New York for a year and worked as a doorman on the Upper East Side. He was an accomplished Gaelic footballer. His boss, Dermot York, referred to him as “a porter, a doorman, and a friend,” and noted that their families know each other in Ireland.

“The hardest problem I had with him was explaining to other people in the building what he said,” York joked about McGee’s Irish accent.

“Danny was the only one I knew who could use the word ‘no’ in a positive manner,” York said. “In a quote, ‘No bother at all, I will of course.’”

York referred to a recent Facebook post of McGee’s that encouraged people to rely on each other in difficult moments, York said:

“We all have people who care for us and don’t forget that.”

“If we stick together we will get through this terrible time.”

McGee’s friend Peter McGuire sang “My Native Town Drumlish,” a traditional emigration song. Photos of McGhee playing football and a smiling Facebook shot were on view in the church.

Meanwhile, O’Brien was back in his Sunnyside apartment after friends posted his $25,000 bail.