A 21-year-old County Longford man died having been punched outside a Queens Boulevard bar, the perpetrator fled the scene of the crime. 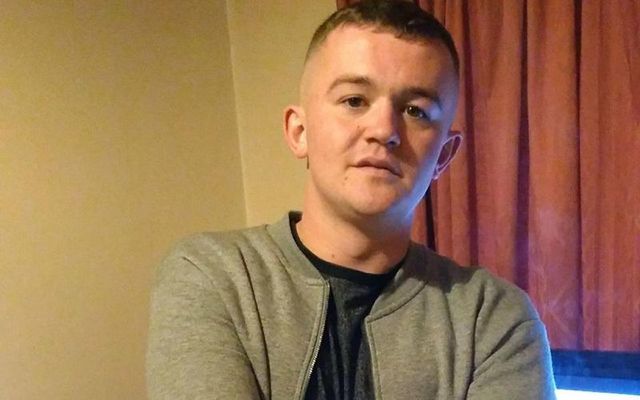 A suspect has turned himself in to police in the death of a young Irish immigrant killed outside a Queens bar with one punch.

"Steve O’Brien showed up at the 108th Precinct about 8 a.m. and will likely face homicide charges in the death of Irish native John “Danny” McGee,"  sources told The New York Post.

“This is a tragedy and our thoughts and prayers go out to the victim’s family, however, Mr. O’Brien is not guilty,” said his defense lawyer Matthew Gartenberg.

It is believed he was identified by a female witness who knew both men who directed officers to his Facebook page.

McGee and O’Brien allegedly got into an argument outside The Gaslight on Queens Boulevard in Sunnyside around 3:45 a.m. Thursday, according to police.

"Police questioned a bartender who told them the two men were both highly intoxicated and got into a fight," a high-ranking police source told The Post.

John D. McGee, known as Danny, a 21-year-old GAA player, and musician,  from Drumlish, County Longford, died in Queens, New York. He suffered a “cardiac episode” having been punched once in the head, the perpetrator then fled the scene.

The incident took place shortly 3.45am on Wednesday, Nov 22. McGee had been involved in an altercation inside The Gaslight Bar, on Queens Boulevard, in Sunnyside. The fight then spilled outside on to the street. Investigators believe McGee was punched once by a man who then ran away.

“The suspect punched the victim in the head and the man fell to the ground and suffered a cardiac episode, according to cops.

The attacker ran off, leaving the victim… laid out on the pavement.”

He was found on the group outside the bar and brought to Elmhurst Hospital Center. He was later pronounced dead.

The Sunnyside Post reports that McGee was staying on 41st Street in Sunnyside. McGee was born in the United States and as an American citizen would often visit New York and worked in construction. He reported emigrated to the US earlier this year.

His parents, Don and Coleen, will fly to New York in the coming days to take home their son’s body, the Irish Sun reports.

Tributes have been pouring in for McGee, who was a talented soccer and GAA player.

His former team, Gaels United in Longford, released a statement on social media speaking of their shock. All club games have been canceled as a mark of respect to the McGee family.

A spokesperson for the club told the Irish Independent:

“He was a true gentleman, always very friendly with a great smile and sense of humor. He played soccer with great passion and was proud to captain the Longford Kennedy cup team in 2011."

McGee’s former GAA club Fr Manning Gaels, of which he played for up until he emigrated, also described him as a "gentleman".

Everyone in the club is shocked and saddened at the tragic passing of Danny McGee in New York. Loved by all who knew him he was a star for St. Vincent’s at each age group and played senior with us shortly before emigrating. Our deepest sympathies to his family and friends. RIP pic.twitter.com/45YhfuybVc

The club said "Above all he was a young gentleman, with a great sense of humor, who was loved by all who knew him. To his heartbroken family and wide circle of friends we extend our deepest sympathy.”

Tributes also poured in on social media overnight from his friends who expressed their shock at the tragedy.

Fianna Gael Longford County Councillor Martin Mulleady expressed shock at McGee’s death. He said “I knew him very well. He was very well got and comes from a highly respected local family.”

McGee’s father, Don, is said to be well-known in the local music scene.

Mulleady continued “Danny was a very talented GAA player who played up until under-21 level with Fr Manning Gaels. I coached him myself when he was younger.

“And Danny was also a very accomplished soccer player.

“It’s awful, awful news to get and my heart goes out to his family at this time.”

The Department of Foreign Affairs has said it is providing consular assistance to the family. While no arrests have yet been made and that investigations are ongoing.