Pennsylvania man Daniel Carney was found guilty of attempting to sexually assault his wife's bridesmaid in a men's locker room just two days before his wedding. 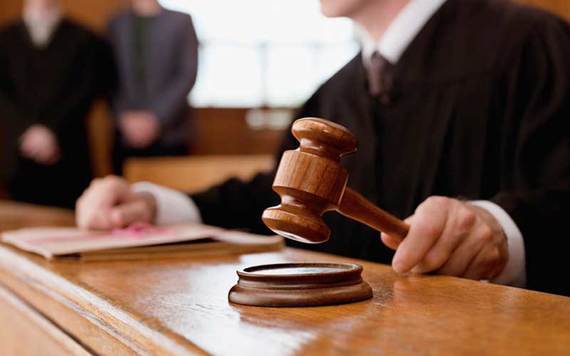 An Irish American groom has been found guilty of attempting to sexually assault his wife's bridesmaid just two days before his wedding.

The offenses took place during Carney's wedding festivities in 2019.

A jury of seven men and five women found Carney guilty of the four charges after nine hours of deliberation, according to local news outlet WNEP.

The jury also acquitted Carney of a further charge of attempted rape.

Jim Swetz, Carney's attorney, told People Magazine that his client was disappointed by Thursday's verdict and said he planned to file an appeal.

Prosecutors argued that Carney sexually assaulted one of his wife's bridesmaids following a pre-wedding rafting trip in the men's locker room of the Shawnee Inn, arguing that the 29-year-old woman was too drunk to consent to a sexual encounter.

Carney, on the other hand, claims that the woman was conscious and aware of what she was doing. He also told the court that the woman instigated the sexual encounter and followed him into the shower.

However, prosecutors highlighted that Carney had not taken any bathing items into the shower with him.

Carney's wife Nicole testified in his defense during the trial, stating that she discovered her husband and the woman in the locker room and adding that the woman was "conscious and aware".

The bridesmaid, who reported the incident to the police after the wedding, said she blacked out after the rafting trip and later woke up to discover that Carney was on top of her and that her bikini bottoms had been removed.

Carney called the woman to apologize after the incident, according to the criminal complaint.

He then texted her on the day of the wedding to apologize and ask her to take an emergency contraceptive pill, despite denying that they had had sex.

"We never did do it, but would you consider taking Plan B to make damn certain just in case?" Carney allegedly told the woman.

Carney initially told police that he felt like the woman had taken advantage of him but later admitted to grabbing her arm and pulling her into the locker room.

Medics examined the bridesmaid after she reported the incident to the police and observed 13 different bruises on her body.

Carney's lawyers claimed that the woman suffered the injuries after repeatedly falling into the water during the rafting trip, but medics said her condition was consistent with sexual assault.

Carney will return to Monroe County Court on July 26 for sentencing.

TUNE IN: Day two of the Ireland Today 2022 virtual conference this Saturday