The remains of talented GAA hurler Damian Casey, 29, are set to be repatriated to his native Co Tyrone today, with a wake and funeral to follow in the coming days. 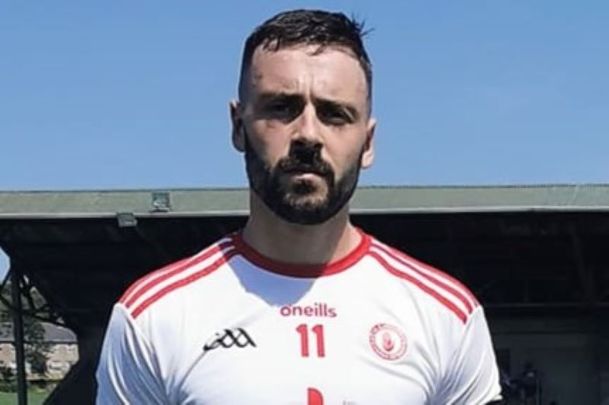 Damian Casey, the talented 29-year-old hurler who tragically died after a pool accident in Spain last week, is set to be laid to rest in his native Co Tyrone this Sunday, June 26.

Casey's Eoghan Ruadh Hurling Club in Dungannon, Co Tyrone said in an update on June 22 that Casey’s remains were to be repatriated back to Tyrone on Thursday.

The club confirmed that a wake for Casey will be held on Friday and Saturday, and a funeral mass will be held at 2 pm on Sunday, June 26 at St. Patrick's Dungannon in Co Tyrone.

“We as a GAA family will allow his immediate family and close friends the time and space they need,” the club said.

Please note the wake and funeral arrangements for Damian pic.twitter.com/VBzPtjOxG5

Eoghan Ruadh earlier confirmed the tragic death of Casey, regarded as one of the best Tyrone hurlers of all time, on June 18.

Our hearts are broken.

Everyone is welcome to a vigil at the club at 6pm on Sunday night. Damian’s family have asked all to wear a GAA jersey.

We will share information regarding the wake and funeral when it becomes clear.

Casey, a native of Dungannon who had been playing for Tyrone since 2012, reportedly died after an accident in a hotel pool in Spain, where he had traveled to attend a friend's wedding.

Tributes have poured in for Casey in the wake of his tragic death. On June 19, an estimated 2,000 people attended a vigil hosted by Eoghan Ruadh, where a heartbreaking statement from his family was read aloud.

“Our family has been hit with the worst news imaginable, and our hearts are broken," the statement said.

“Words cannot express how devastating news of Damian’s death has been.

“We thank everyone for the support we are receiving from the local community and across the country.

“We ask that everyone avoids idle speculation and that we as a family are given time and space to process what has happened.”

On June 21, Mid Ulster Council announced that it had opened an online book of condolences for Casey, "whose sudden and tragic loss is felt so deeply by his family, friends and the wider community."

An online book of condolence in memory of Tyrone hurler & member of @DGNHurlingclub, Damian Casey has been opened by @MidUlster_DC. Chair @CoraCorry7 'My heart goes out to Damian’s family and friends who are reeling from shock & grief'. You can sign at: https://t.co/z6i98L4EZG pic.twitter.com/waOyEdTTFN

Elsewhere on June 21, the Carey Faughs hurling club in Co Antrim, who was set to play Eoghan Ruadh on June 22, announced that it would be donating to the Kevin Bell Repatriation Trust in memory of Casey.

In honour of Damian Caseys passing we will be donating our portion of next week's Split The Pot club draw to the Kevin Bell Repatriation Trust.

Tyrone GAA confirmed earlier today that it would be postpoining all matches that were set to be played this weekend out of respect for Casey.

A Chara,
As a mark of respect to our friend Damian Casey, the CCC are postponing all games in the County this weekend.
The Senior/Reserve ACL games on Fri/Sat & the U. 17/19 games on Sun are OFF this weekend will be refixed with a double round of fixtures later in the summer.