Starling jobless and jobs-aid figures since the Irish Republic went into lock-down or part lock-down over a month ago have topped more than one million. 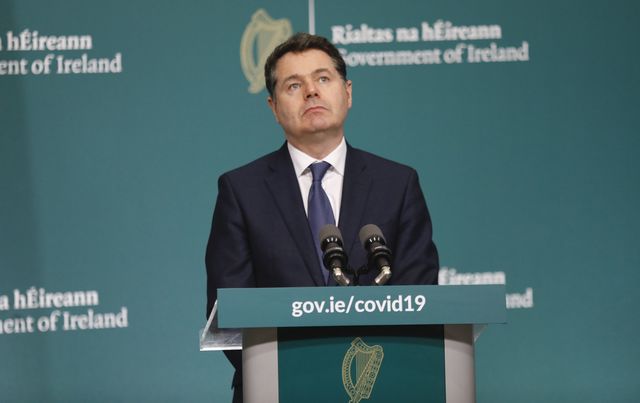 Starling jobless and jobs-aid figures since the Irish Republic went into lock-down or part lock-down over a month ago have topped more than one million -- but there’s hope the first of 150,000 building workers could be back at their jobs within weeks.

The stunning jobless figure compares to the 212,000 on the live register, the official title of the list of unemployed, just before the coronavirus outbreak.

In a nation whose 4,904,000 people had an all-time record of 2,361,200 working in December last year, nobody was surprised at the painful reaction of Employment Affairs and Social Protection Minister Regina Doherty to the latest drastic figures.

She described the situation as “unparalleled in our nation’s history.”

Details from her department released on Monday showed that 584,000 people are now receiving the weekly €350 COVID-19 pandemic unemployment payment introduced just over a month ago. 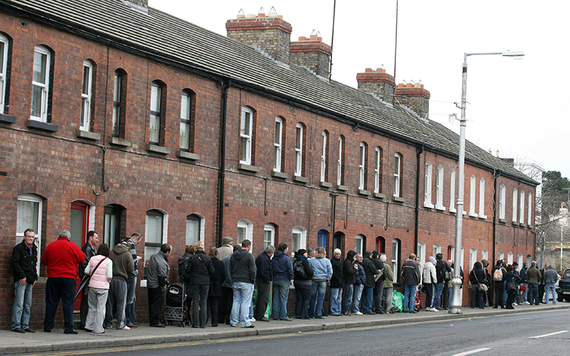 The number of unemployed has rising to one million in Ireland.

In addition, there are 212,000 on the live register of full-time unemployed receiving standard jobseekers’ benefit of €203 per week.

Separately, 46,000 employers have now registered with the Revenue Commissioners for the Temporary Wage Subsidy Scheme (TWSS), which is subsidizing the pay of 281,200 employees.

All the figures add up to an unbelievable 1,077,200 people now completely or partly dependent on the state for income support.

Doherty, clearly struggling to put as bright a spark as possible on the gloomy details, said, “This is a temporary health emergency and many sectors of the economy will be able to switch back on relatively quickly once the danger has passed.”

That could start with almost 150,000 building workers laid off in March. There are quiet predictions they could be back at work as early as next month as the government looks to kick-start the economy.

Plans by the construction industry to “stress test” health procedures to allow sites to open up again were discussed at a meeting between government officials, employers, and trade unions.

The Irish Examiner reports that according to the Construction

Industry Federation (CIF) there was an understanding building that could re-start in May, beginning with social housing sites.

Tom McDonnell, co-director at the Nevin Economic Research Institute, which helps advise the Irish Congress of Trade Unions, said there are “innovative ways” to engineer a return to work, based on the experience of other European countries.

Publican leaders warned that their premises could remain shut to 2021, fear many bars will close permanently as a result of COVID-19.

Taoiseach Leo Varadkar said the government is working on a plan to see when the COVID-19 restrictions, currently in place until May 5, can be lifted. The plan is set to be published at the end of April.

Varadkar said, “What we are working on is a stepwise plan, whereby we could start to reopen certain services, certain parts of the economy, and then review every two to three weeks, depending on how things are going in terms of the spread of the virus. But I’d rather give people certainty when we have that towards the end of April/early May than to speculate on that when it is not yet agreed.”

He warned that large public gatherings and busy pubs could be the last to have restrictions lifted when the COVID-19 crisis passes.