After first meeting in France, Niamh Kelleher and Jack Cakehead reunited in Ireland this month to begin their role as caretakers on the Great Blasket Island. 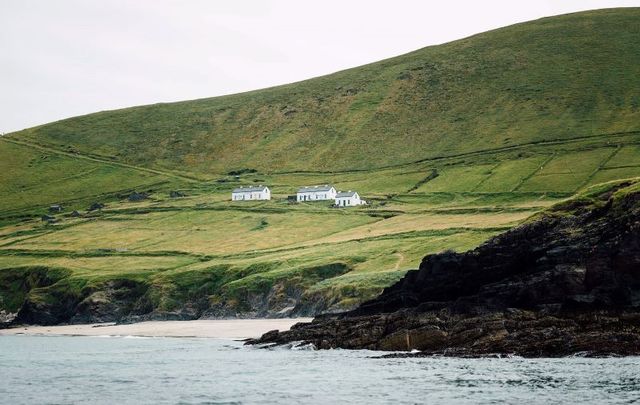 The Great Blasket Island off the coast of Co Kerry. Ireland's Content Pool

Niamh Kelleher, 25, and Jack Cakehead, 24, who begin their coveted roles as caretakers on the Great Blasket Island off the coast of Co Kerry this week, first met in France just over two years ago.

Not long after they met, Kelleher, a native of Co Limerick, gave Cakehead, who moved to France from the UK with his family as a child, a copy of 'The Islandman' by Tomas O'Crohan and 'Reflections' by Peig Sayers, both natives of the Great Blasket Island.

Turns out, the gift was a small bit of foreshadowing.

“The summer after we met, two years ago, we did a road trip along the Wild Atlantic Way," Cakehead recently explained. "Of course, this led us around the Dingle Peninsula which was one of our favorite sections of the trip.

“Unfortunately, we weren’t able to make the crossing to the island that day but when we stood facing it from the mainland, we vowed to ourselves that we would be back." 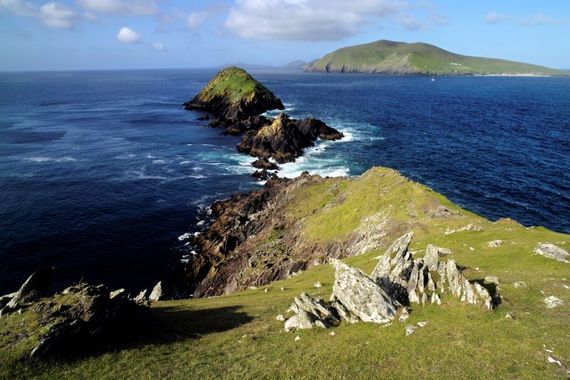 Billy O’Connor, whose family has owned property on the island since the 1970s, and his partner Alice Hayes unwittingly helped facilitate Kelleher and Cakehead’s fateful return to the Great Blasket Island when they posted a job listing for the caretaker positions.

The job posting, just like in years past, went massively viral, drawing applications from all around the world. This year, O’Connor and Hayes decided to limit their pool of candidates to within the first 1,000 applications.

RTÉ reports that Kelleher and Cakehead submitted their application after Kelleher saw a report about it on RTÉ's Nationwide program. The couple interviewed online with O'Connor and Hayes but didn't really expect to land the job.

O’Connor now tells RTÉ: "Well, we were just looking for a friendly couple who weren't afraid of a bit of hard work to come out here and get stuck in. Niamh and Jack had a great application, so we went with them and we are delighted."

Making the start of their new job all the more special, Kelleher and Cakehead were able to reunite in Co Kerry to embark on their summer adventure after spending two months apart due to both Brexit and the pandemic.

“That first boat ride was amazing," Kelleher told RTÉ. "We were both standing at the back of the boat, taking all the views in. Then we were coming up to the island and it started lashing rain as we took all our luggage up - I suppose it added to the adventure."

"I think we were both blown away by the beauty of it," Cakehead said. "Everything came together and it was just amazing, to be honest." 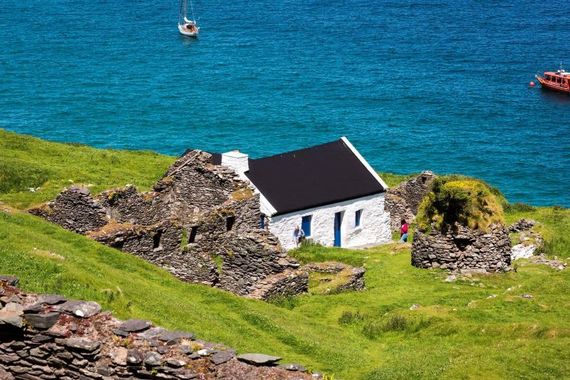 As the new caretakers on the Great Blasket Island, where there are no permanent residents, no hot running water, and no electricity, the couple will receive wages and all of their living expenses will be paid for.

"You know, we have never really been the type to be too worried about money and it's not really something we think about at the moment," Kelleher said. "We just want to enjoy the summer and we will think about that after. Yeah, we're pretty chilled about that."

RTÉ News reports that the ferry service connecting the island to the mainland will resume in the coming weeks as public health restrictions are gradually relaxed across Ireland.

The couple is already dreading return home after their stint as caretakers is over: “I've spent the last several days actually wondering about how they are going to get us to leave at the end of the summer. I don't think we will want to.”