Niamh Kelleher and Jack Cakehead landed the job of a lifetime on Great Blasket Island. 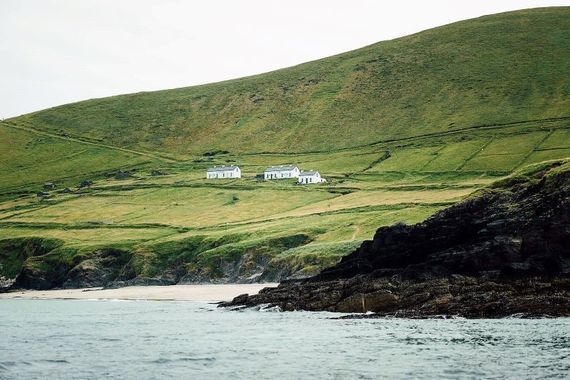 Great Blasket Island has been abandoned since the 1950s. Ireland's Content Pool

A young couple beat off worldwide competition to land a dream job as caretakers on the remote Great Blasket Island for the summer.

Niamh Kelleher, 25, from County Limerick, and Jack Cakehead, from La Rochelle in France, beat thousands of applicants to secure the coveted position.

Billy O'Connor and his partner Alicia Hayes, who own three guest cottages and a coffee shop on the island, posted the job vacancy on social media last month and were inundated with thousands of applications. The couple hopes that Kelleher and Cakehead can assume their role as caretakers in May if public health restrictions are eased.

The young couple will tend to the island's three cottages and prepare them for guests, while they will also run the island's coffee shop. The island has no electricity or running hot water and has been deserted since the 1950s when emergency services couldn't reach it in a storm.

Cakehead, who moved to France with his family from the UK when he was eight, told the Irish Independent that he traveled to the Dingle Peninsula with Kelleher two years ago but didn't have time to visit the island, so they vowed to return.

"Unfortunately, we weren’t able to make the crossing to the island that day but when we stood facing it from the mainland, we vowed to ourselves that we would be back," Cakehead told the Irish Independent.

Cakehead and Kelleher both love wildlife and adventure and were instantly drawn to the job vacancy when the description was posted online, according to Cakehead.

"The main thing we hope to get out of our time in the Blaskets is lifelong memories of what we are sure will be an absolutely unique experience," he said.

O'Connor and Hayes appointed the young couple to the role of caretaker after being inundated with applications last month. They decided to limit the number of applicants to 300 after receiving more than 45,000 last year but still received more than 1,000 emails inquiring about the job.

"We had to introduce criteria this time around as it took us over a month last year to wade through all of the 40,000 plus applications. We are still stunned at the fact that so many people still want to come to the island to work here. It is a very beautiful place but living standards are basic," O'Connor told the Independent.

O'Connor has carried out essential upgrades on the island over the past few months, adding an extra bedroom to one of the guest cottages.