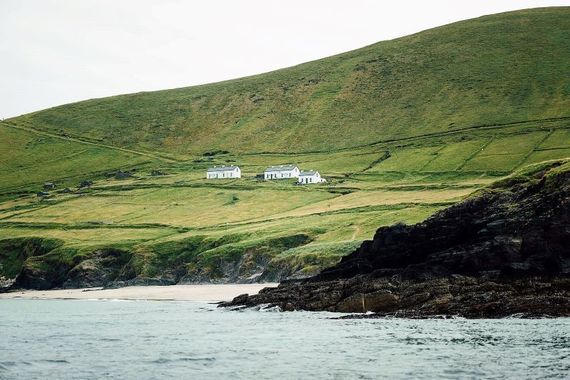 Looking for a dream job working on a remote Irish island? Great Blasket Island is in need of two people to work and live on the island full time this year.

The island was abandoned in 1954 due to a declining population and concerns about reaching the mainland in the event of an emergency. The scenic island is the largest of the six Blasket Islands located off the Dingle Peninsula and boasts spectacular views.

Despite not having electricity or hot running water, the island is a very popular tourist attraction over the summer months, while the caretaker position has been in extremely high demand in recent years.

Last year, a whopping 45,000 people applied for the position of caretaker, far exceeding the expectations of Billy O'Connor and Alice Hayes, who own the island's accommodation and coffee shop.

"Please note due to the phenomenal amount of emails last year, there is a cap on the amount of applications we can receive. We are very very sorry if you missed out this time round but a HUGE thank you for your interest. There will be future positions, so be sure to keep an eye on our social media pages for more updates," the couple said in a Facebook post advertising the role.

Applicants must read through a Frequently Asked Questions page on the Great Blasket Island website before completing an application form, while the deadline for applications is January 22.

** Job Application ** • Dia Dhaoibh! The form for the Island Caretaker position is now live on our website. A little...

The two successful applicants will be required to run the island's coffee shop in addition to preparing the island's three private cottages for overnight visitors. O'Connor said that he and Hayes had made upgrades to the island's accommodation in recent months,

The island can become very busy over the summer months and was visited by over 400 people per day during the peak months of 2019.

Last year, Annie Birney and Eoin Boyle were the envy of tens of thousands of applicants when they took over the role of caretaker.

The Dublin couple moved to their new island home a little later than anticipated due to the COVID-19 pandemic but eventually moved to the island in June ahead of a four-month stint.