Irish among those on lockdown in Italy during deadly coronavirus outbreak

Ireland's Department of Foreign Affairs has issued a travel alert to certain regions in Italy as more than 200 cases of coronavirus have been confirmed in the country. 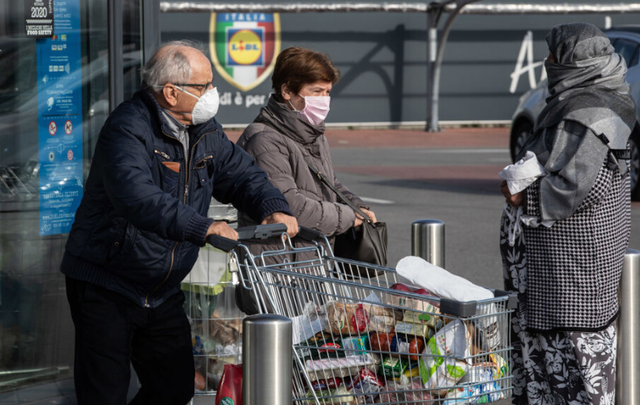 Ireland's Department of Foreign Affairs has issued a travel alert to certain regions in Italy in response to the country's deadly coronavirus outbreak.

Seven people in Italy have died from coronavirus as of February 24, making it the worst-hit country in Europe as more than 200 cases have been confirmed.

The Italian Government has canceled several high-profile events, including Milan Fashion Week, the Venice Carnival and a number of soccer matches, triggering a sense of unease amongst people in Italy, including Irish citizens.

In the worst-hit region of Lombardy, 11 towns and some 50,000 people are on lockdown.

Among those under quarantine in Italy is Irish ex-pat Sinéad O'Sullivan, who lives in Milan with her husband, just ten minutes away from the San Raffaele hospital where most of the cases are being treated.

The Irish woman spoke of a mounting fear in the country: "It's really bizarre, it seems to have come out of nowhere," she told the Independent.

"I am worried that the government is canceling football and the carnival here and public transport - they are big money makers here so it says a lot about how serious it is."

A small town in northern Italy which had the first confirmed #coronavirus case of the country's surging outbreak is now on effective lockdown. | https://t.co/qLbgNc5Q4v pic.twitter.com/59OMNx2Vu0

Most of the Italian cases can be traced back to a 38-year-old man who authorities are referring to as "Patient One."  The man had not traveled to China, and authorities failed to treat him with the necessary precautions consequently.

Investigators are now trying to trace the man's recent movements, minute by minute, to trace where the illness came from and to trace everyone he came in contact with.

In response to the coronavirus outbreak in Italy, Ireland's Department of Foreign Affairs issued a travel alert on Monday.

A statement on the DFA's website reads: "There has been an increase in the number of confirmed cases of Coronavirus in Italy. As a result, the Italian government has provided in law for certain administrative areas, where necessary, to take appropriate actions. These actions include but are not limited to:

The Irish DFA is advising against travel to Piemonte, Lombardia, Veneto, Emilia Romagna, and Lazio and is encouraging those with travel plans to those areas to coordinate with local authorities.

European Union health commissioner Stella Kyriakides, however, told reporters: "For the moment WHO has not advised imposing restrictions on either travel or trade."

Ireland's preparedness in the face of coronavirus

Speaking after the National Public Health Emergency Team meeting on February 23, Dr. Tony Holohan, Chief Medical Officer in the Department of Health, said: “Ireland has been working on its preparedness for Covid-19 (Coronavirus) since January. We remain in a containment phase and, to date, there have been no confirmed cases of Covid-19 here.

“However, clearly the international situation is evolving. We will work with counterparts at the ECDC and WHO over the coming days to fully assess and incorporate the implications of these developments into our approach in Ireland.

“Our public health advice currently remains unchanged - anyone who may have been in contact with a person who has COVID-19, or who has been to mainland China in the last 14 days, is advised to contact HSE Live. If they are unwell with cough, especially with respiratory symptoms (e.g. cough, high temperature, shortness of breath, difficulty breathing, fever) they should isolate themselves and phone their GP immediately."

On Monday, Ireland's Minister for Health Simon Harris said: “Big decisions will have to be made in the coming days including in relation to mass gatherings including the Ireland and Italy rugby game which is due to take place here in the not too distant future.

“The national public health emergency team will be examining the issue of mass gatherings.”

”The rugby game is something that needs particular consideration because of the involvement of Italy.

“We will act in accordance with the best health advice.”

He added: "We have put a national public health emergency team in place and they have done very good work.

“Ireland will work in unison with the European Union (EU). We live in the EU where there is free movement of people. It makes sense we move together in this. My officials will take part in meetings taking part in Europe today.”