An American citizen died in a Wuhan hospital due to complications arising from the new Coronavirus and is believed to be the first non-Chinese victim of the deadly virus. 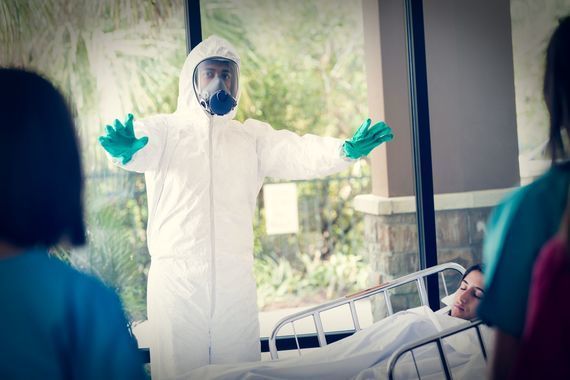 An American citizen died on Thursday due to complications from the Coronavirus. Getty Images

An American citizen has died from the new Coronavirus in Wuhan, China, and is believed to be the first non-Chinese victim of the deadly virus, the US Embassy in Beijing has confirmed.

Little is known about the American citizen, who died in Wuhan's Jinyintan Hospital on Thursday, apart from the fact that they were around 60 years of age.

Further details were not published out of respect for the family's privacy, a US Embassy spokesperson said. However, the person is said to be a woman with underlying health issues.

A Japanese man with symptoms consistent with the Coronavirus also died in a hospital in Wuhan; however, authorities were unable to properly diagnose the illness and the official cause of death was listed as a viral pneumonia.

The Japanese Foreign Ministry said that, based on the information it was provided by the Chinese authorities, it could not categorically say that the man had died from the Coronavirus.

The death toll in mainland China jumped by more than 80 on Friday and now stands at 724 - only 50 deaths fewer than the 774 deaths recorded globally during the Severe Acute Respiratory Syndrome (SARS) pandemic of 2002/2003.

The number of reported cases of the SARS outbreak (8,098) was far lower than the Coronavirus (currently 34,915 confirmed cases), but the SARS mortality rate was far higher.

However, many doctors believe that the death and infection rates of the new Coronavirus are being undercounted because Chinese hospitals and laboratories are under severe strain to test for the virus.

In response to the growing crisis, the Chinese government has sealed off cities (Wuhan is in lockdown), closed factories and canceled flights in order to contain the spread of the virus, although it has still come in for criticism.

The death of 34-year-old doctor Li Wenliang earlier this week sparked outrage throughout China. Wenliang raised the alarm about the virus when it was in its early stages and was warned by the Chinese government to remain silent. He died after contracting the disease himself.

Wenliang was summoned to the Public Security Bureau after posting about the emerging illness on social media and warning fellow doctors about the virus. He was forced to sign a letter which accused him of "making false comments" that had "severely disturbed the social order."