A clean-up is underway in Cork City after an exceptional 55 mm of rainfall caused flooding across the area. 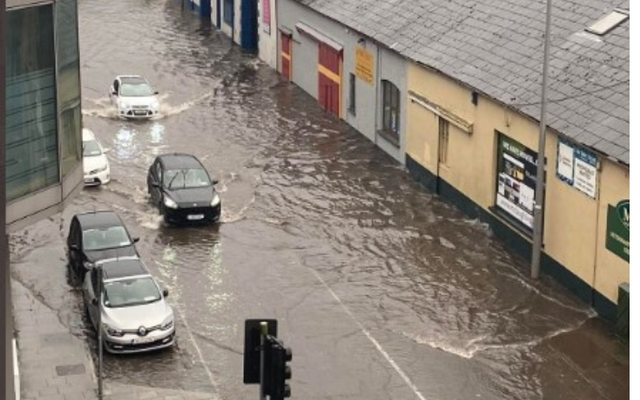 Cork City streets have reopened after torrential rainfall and flooding on Sunday.

A major clean-up operation took place from early today, October 17, after an exceptional rainfall event saw 55 mm of rainfall across the city yesterday, October 16, during the afternoon and evening – nearly four times the 15mm predicted in yesterday’s yellow rain warning which was active from 1 pm.

Two units of the Coastguard were called in to help rescue two people trapped by flood water in a house in Cork City.  Gardaí also received calls from motorists stuck on some of the city’s main arteries with water levels rising around them. It’s understood no one has had to be rescued even though some motorists were stuck for two to three hours.

Some local businesses have already reported some damage as a result of the weather conditions, while the Council noted that Glanmire Library will be closed for the next number of days following flood damage.

Two flood gates and the water came up through the drains, through every crevice it could. Proves that #WallsDontWork waiting for it to subside before the cleanup 😭#ClimateChange is so real! #TidalBarrier is the way to go. Listen to the experts!! pic.twitter.com/lJvd8uszMi

Cork City has a long history of flooding, due to a combination of overflow from the River Lee and tidal flooding. It has been estimated that the damages caused in the 2009 and 2014 floods amounted to €90m and €40m respectively.

The "Lower Lee Flood Relief Scheme" established by the City Council and Office of Public Works hopes to tackle this major issue in the city, but the campaign group, Save Cork City, argues that the plan is outdated and would destroy the River Lee's famous landscape.

There'll be more very heavy downpours on Wednesday and Thursday with Met Éireann warning of flooding here in the south of Ireland.

Anybody got a second hand Ark going cheap? The bang at the start of the video is the electric connection to buildings across the street going bye bye. #Cork pic.twitter.com/jY7sFhXx9y